Showing posts from September, 2018
Show all

Housing market may be "softening"

- September 30, 2018
No one is predicting a crash in the housing market yet, but there are signs of a slow-down. Mostly due to raising mortgage rates and a change in the tax law, in my opinion. Realtor.com has a analysis via the link below. Then there are the smaller cities, like Austin, TX, and Nashville, TN, that burst onto the national scene just a few years ago—poster children for the supercharged housing recovery. Home prices rose to meteoric heights as builders raced to put up new abodes and transplants from even higher-priced metros flooded the cities. At the same time, their populations shot up 18.5% and 10.6% respectively from April 1, 2010, to July 1, 2017, according to U.S. Census data. And then, despite all the hype, list prices did the unthinkable—they began to fall. Austin is a particular eye-opener: List prices dipped about 3%, to a median of $362,000 in August compared with the previous year, according to our realtor.com analysis. The year before that they dipped 2%. And while median sale
Post a Comment
Read more 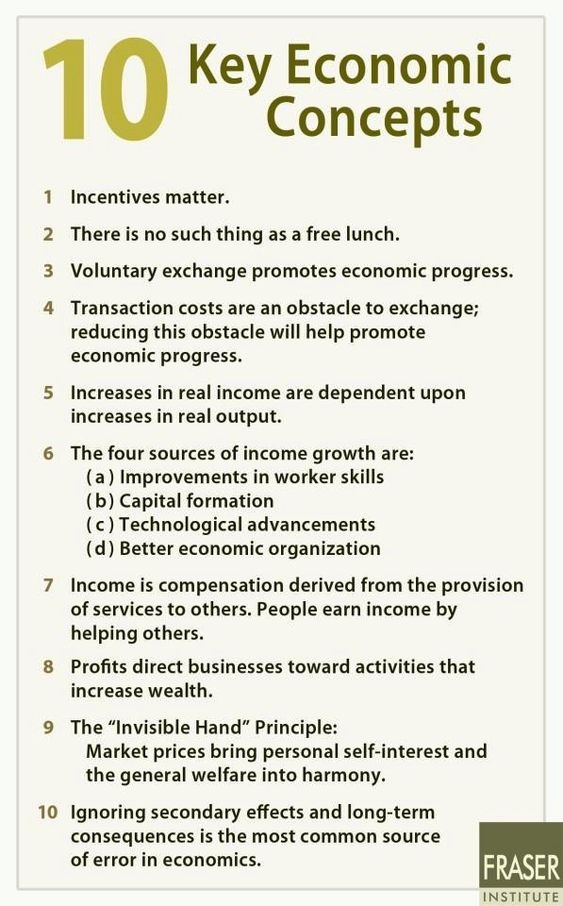 I've been a bit (or a lot, depending on your point of view) behind, involved, well, just getting rid of a nasty infection. But all is well. Here's some concepts to help you out. Now, please remember there are several different economic theories, and economics being a soft science, some don't always work in every situation. It's not like physics or mathematics. More like sociology or psychology. But these are generally accepted principles.
Post a Comment
Read more

Habits of the Wealthy

"Here's the big challenge of life: You can have more than you've got, because you can become more than you are. That's the challenge. And of course, the other side of the coin reads: Unless you change how you are, you'll always have what you've got."  Jim Rohn.
Post a Comment
Read more
More posts