Investors hear this: If the Senate falls to Democrat control, along with the House and the presidency, we could well see the END OF THE BULL MARKET in stocks and to a lesser extent in bonds. Higher taxes, especially on corporations, are bearish. Ditto for doubling the capital gains rate as Biden proposes.

That’s a bold prediction, I admit. But let’s be clear, this bull market in stocks – which began in March 2009 – is very long in the tooth by historical standards. In fact, it has been the longest and strongest in history. And we all know it will end at some point.

With literally EVERYTHING on the line in these two Georgia Senate races, we are about to see a political spectacle as never before. George Soros and other billionaire Democrat donors are basically writing blank checks to their Senate candidates. I just hope big GOP donors realize what they’re facing and will be ready to pony-up as well.

The bottom line is, Senator Perdue should win his race, thus maintaining Republican control of the Senate by the narrowest margin. Yet while he beat his challenger Ossoff by a decent margin on November 3, it remains to be seen if liberal donors can reverse that outcome on Jan, 5.

Senator Kelly Loeffler, on the other hand, is more questionable. She is trailing her opponent Warnock in some polls, even though he is a very controversial character. You’ll have to look him up to read that he’s a piece of work – but, of course, the media won’t tell you this.
Victor Davis Hanson On GA Runoffs & Fate of Nation

Since I’ve elected to focus on the importance of the Jan. 5 Senate runoff elections in Georgia, I’ll finish with some excerpts from Victor Davis Hanson’s latest piece on the subject. Regular readers know Hanson is one of my favorite writers. He is a classical historian at the Hoover Institute at Stanford University and the author of several excellent books. 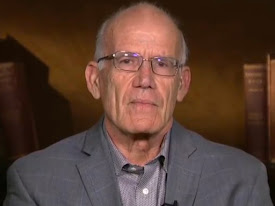 To begin, Hanson agrees with me that the Georgia Senate runoff races will be two of the most important elections in our lifetimes. Perhaps more importantly, he worries that these two elections could be mired in voter fraud and distortions given their potential impact on the future direction of the country.

Hanson points out how rare it is for incumbents to face runoff elections in the first place, and even rarer to have two incumbents facing runoffs in the same state in the same year. Hanson emphasizes early-on in his column that the Democrats have already warned, should they win the Senate, they will change many of the long-standing rules by which we are governed.

Hanson then points out some the many hard-left changes the Democrats have promised to try should they win the Senate and complete control of the government – including:

These are just a few of the changes the Democrats want to make should they gain complete control of all three elected branches of government after the Jan, 5 runoff elections in Georgia. As Senate Minority Leader Chuck Schumer boasted last month: “Now we take Georgia and then we change the world.” They’re deadly serious!

Victor Davis Hanson goes on to make numerous other salient points in his latest column regarding the importance of the Georgia runoff elections on Jan, 5. I highly recommend you read it for yourself HERE.
- December 16, 2020
Email ThisBlogThis!Share to TwitterShare to FacebookShare to Pinterest
Labels: Biden, Democratic Party, Economics, Government, Investing, Markets, Money, Politics, Stocks