Weekly Events: The Big Double-Cross; Capitalism Myths; How Many Genders Are There?

Supposedly, a bi-partisan group of Democrat and Republican Senators reached an agreement with President Biden on a $1.2 trillion "infrastructure" package. But an hour later, Biden changed the conditions of the agreement, saying he would not sign the bill, if passed, unless he also received a bill that would include everything else he wanted, some $3 trillion in other "infrastructure" programs.
Republican senators are now threatening to sink a the compromise after President Joe Biden said that its adoption was conditioned on the passage of a complementary bill containing top Democratic priorities.

Multiple senators who took part in bipartisan negotiations during the bill’s creation have already said that they may now withhold their support, jeopardizing its passage given the 60 votes necessary for it to overcome a potential filibuster.

“No deal by extortion!” South Carolina Republican Sen. Lindsey Graham said Friday. “It was never suggested to me during these negotiations that President Biden was holding hostage the bipartisan infrastructure proposal unless a liberal reconciliation package was also passed.” Though 11 Republicans initially signed on to the bipartisan package when it was agreed upon Thursday, opposition from Graham and Moran would mean that only nine Republicans support it, putting it below the Senate’s 60 vote threshold if every other Republican votes against it.

“If this is the only thing that comes to me, I’m not signing it,” Biden said. “It’s in tandem.”

“Less than two hours after publicly commending our colleagues and actually endorsing the bipartisan agreement, the president took the extraordinary step of threatening to veto it,” McConnell said. “It was a tale of two press conferences.”
Capitalism Myths, by John Stossel 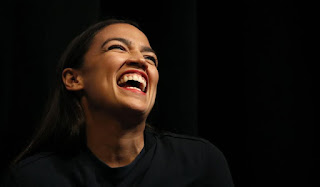 That’s nonsense. People believe that myth if they think that when one person wins, someone else must lose. It’s natural to believe that if you think there is a finite amount of money in the world. But there isn’t.

Because capitalism is voluntary and consumers have choices, the only way capitalists can get rich is to offer us something that we believe is better than we had before.

Steve Jobs became a billionaire. But by creating Apple, he gave us more: millions of jobs and billions of dollars added to our economy.

Research shows that entrepreneurs only keep 2.2% of the additional wealth they generate. “In other words, the rest of us captured almost 98% of the benefits,” says economist Dan Mitchell of the Center for Freedom and Prosperity.

“I hope that we get 100 new super billionaires,” he adds, “Because that means 100 new people have figured out ways to make the rest of our lives better off.”

But former Labor Secretary Robert Reich says we should “abolish billionaires.” He wants some form of wealth tax to hold their wealth down. “Entrepreneurs like Jeff Bezos would be just as motivated by $100 million or even $50 million,” Reich claims.

But Mitchell points out that if their income is limited, “Maybe they just take it easy … retire … sail a yacht around the world … consuming instead of saving and producing.”

I want them saving and producing! Billionaires have shown that they’re good at cutting prices or improving products or both.

As Mitchell puts it, “I’m not giving Jeff Bezos any money unless he’s selling me something that I value more than that money.”

Even if they don’t — even if they run out of ideas — their wealth is useful.

One reader called me “a complete moron” for saying that. He argues that “more money in the richest hands means money sitting in the bank doing nothing.”

But that’s an ignorant view of banks. Because banks loan that money out, they enable other people to buy homes, start new businesses and get educated.

Still, I hear that “the rich are getting richer, while the poor get poorer!”

That’s Myth No. 2. Yes, the rich got lots richer, but the poor and middle class got richer, too.

For thousands of years, the world had almost no wealth creation. Only when some countries tried capitalism did GDP grow.

Capitalists helped everyone, including the poor.
Crazy of the Week: How Many Genders Are There? 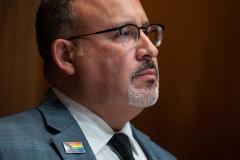 Education Secretary Miguel Cardona refused to answer, when questioned in a Congressional Hearing.
"We emphatically support all students taking advantage of all opportunities in our schools, including athletics, the arts, and that includes transgender students," Education Secretary Miguel Cardona told the House Education and Labor Committee on Thursday.
"So that's something that we stand firm with, and we recognize that discrimination against any student is unacceptable, and we stand strong there."

Rep. Mary Miller, an Illinois Republican, on Thursday challenged Cardona on the administration's new guidelines for protecting the rights of transgender students -- possibly at the expense of other students' rights.

"I won't be answering your question," Cardona told Miller, when she asked him how many genders there are.

Rep. Miller pointed to a new resource for students and families on "Confronting Anti-LGBTQI+ Harassment in Schools," which the Education Department released on Wednesday.

"This document gives an example of harassment, which is a teacher telling students that there are only two genders -- boys and girls. Before we start penalizing teachers for stating a genetic and biological fact about genders, can you please clarify for the committee how many genders there are?" Miller asked Cardona.

Miller rephrased the question: "You used as an example of harassment a teacher who stated there are only two genders, male and female. That's a genetic and biologic fact. That is an example, under your leadership, that you are putting out to people. How many genders are there?" Miller asked again.

Cardona responded with a question of his own: "How would you respond to a student who is nonbinary in your classroom?" he asked.

"But how many genders, will you please state--" Miller started to say.