Two common mantras of the Democratic party are 1) The "rich" don't pay their fair share of income taxes, and 2) the last tax cut signed into law by Trump was a tax cut for the rich.

Both are wrong, facts backed up by actual data from the IRS. While these Democratic party talking points keep getting repeated every year, the Democrats insist on perpetuating their lies in a type of class warfare.

I'm not sure what else could constitute "fair share."

2. The Tax Cuts and Jobs Act (TCJA) reduced the average tax rate across all income groups. 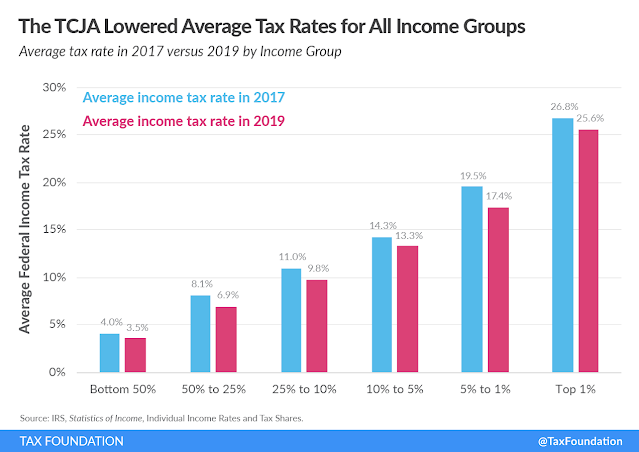