The Conference Board's Leading Economic Index (LEI) for January declined 0.3% month-over-month (m/m), compared to the Bloomberg consensus estimate calling for a 0.2% gain, and following December's negatively-revised 0.7% increase. The LEI was negative m/m for the first time since February 2021, due largely to the negative net contributions from jobless claims, consumer expectations, stock prices, and average workweek, which more than offset positive reads for the interest rate spread and ISM new orders. 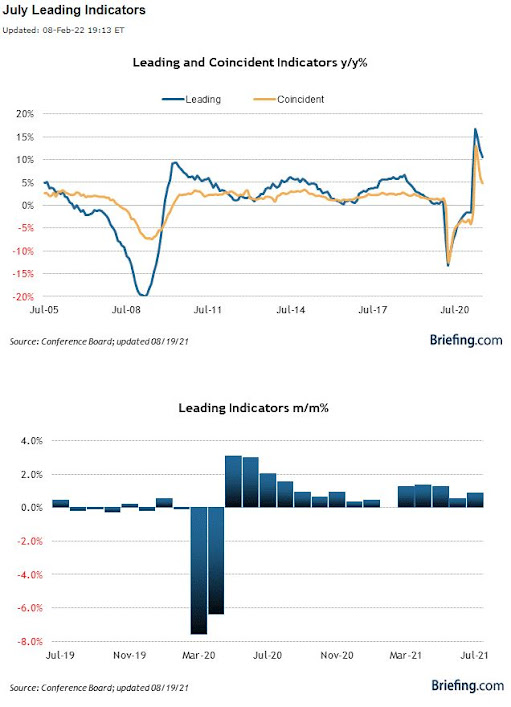 Existing home sales jumped unexpectedly by 6.7% m/m in January to an annual rate of 6.5 million units, versus expectations of 6.1 million units, which would have matched December's downwardly-revised rate. Existing home sales were higher in each of the major U.S. regions, while y/y sales were mixed as the Northeast and West saw declines, the South saw a modest increase, and the Midwest was flat. Sales of single-family homes jumped m/m but were down y/y, while purchases of condominiums and co-ops also rose m/m and declined from the prior year. The median existing home price was up 15.4% from a year ago to $350,300, marking the 119th straight month of y/y gains as prices rose in each region. Unsold inventory was at a 1.6-months pace at the current sales rate, down from the from the 1.9-months pace a year earlier. Existing home sales account for a large majority of the home sales market and reflect contract closings instead of signings so this report may not reflect the recent jump in interest rates.

Treasury yields have moved higher as of late, with rates on the short-end of the curve decisively outpacing the moves on the mid-to-longer end, resulting in a dramatic narrowing of the spread between the 2-year note yield and the rate on the benchmark 10-year note. Expectations have been solidified by the Fed that it will tighten monetary policy aggressively through multiple rates hikes beginning in March. However, the markets have been volatile as they contemplate what the implications could be as uncertainty festers regarding whether the Central Bank will go against its historical norm of 25 bp hikes and opt for a 50 bp increase at some point. Moreover, the Fed has said it would also accompany this year's rate increases with efforts to shrink its more than $8 trillion balance sheet.