Why Some Rate Quotes Are So Different And Why "Points" Are On The Rise
It was yet another tough week for the mortgage market with rates rising to their highest levels since 2009, but how high have they actually risen? 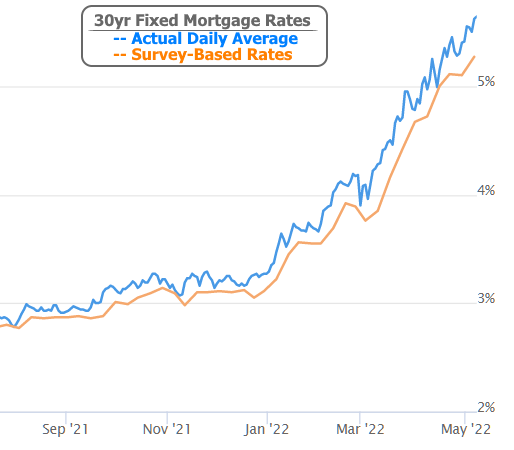 Losing the People? Then Change the Rules
Court-packing—the attempt to enlarge the size of the Supreme Court for short-term political purposes—used to be a dirty word in the history of American jurisprudence.

The Nation's Top Scientists Lied
Scott Atlas stated the simple fact that immunity is higher than those with antibodies, whereupon Dr. Fauci criticizes him without contradicting what was actually said. Stating a simple scientific fact is not ‘extraordinarily inappropriate.’ What is going on?

Fed’s interest rate history: A look at the fed funds rate from the 1980s to the present
Interest rates are on the rise, but they’re still historically cheap. That’s partially because the federal funds rate — a key borrowing benchmark set by the Federal Reserve — has remained below its historic average for the past 16 years. In fact, the Fed’s key rate spent nine of those years at the rock-bottom level of 0 percent, first from 2008 through 2015, and then from March 2020 to March 2022.
Biden Administration Sneaks Unlawful Immigration Benefits Into Ukraine Aid Request
President Joe Biden recently sent an emergency supplemental funding request to Congress for $33 billion in aid to Ukraine. However, the administration used the opportunity to sneak in unlawful immigration benefits for hundreds of thousands of Ukrainian, Afghan, and Russian immigrants—paid for by the American people and at the expense of lawful applicants who have been waiting years to properly immigrate to the U.S.
- May 09, 2022
Email ThisBlogThis!Share to TwitterShare to FacebookShare to Pinterest
Labels: Energy, Money, Real Estate