If a Socialist Becomes President, We All Become Poorer

President Warren? President Sanders? Even a President Bloomberg, who thinks California is the model for the rest of the country, would add risk to stock and bond markets.

Some of Wall Street’s biggest investors have already raised the alarm that stocks could see a big sell-off if markets start to believe that Sanders could prove a meaningful political threat to President Donald Trump.

Bond investor Gundlach said that the biggest risk to the market in 2020 was the possibility of Sanders becoming president.

“If Bernie Sanders became president, I think stock prices should be 30% to 40% lower than they are now,” he said in June.

“The good news is we’d all be much more equal because everybody would be poorer but the rich would have lost a lot more wealth than the poor would have,” Druckenmiller said.

Similar forecasts of doom came in the second half of 2019, when Warren’s rise in the polls spurred dire predictions a major market pullback. Though Warren has said she’s a “capitalist to my bones,” billionaire investors such as Marc Lasry, Paul Tudor Jones and Leon Cooperman all predicted that the stock market would fall 20% or more if she became president. 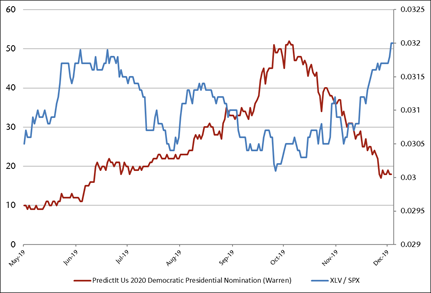