Joe Biden wants workers in the energy field to learn to code, because he's coming after "big oil." The Democrats seem to have been a war with the energy guys for a long while now.

As recently as 10 years ago, the U.S. imported 10 million barrels per day more than it exported.

The positive trade balance could grow over time due to flat demand and ongoing increases in domestic production, according to Oilprice.com Intelligence Report. 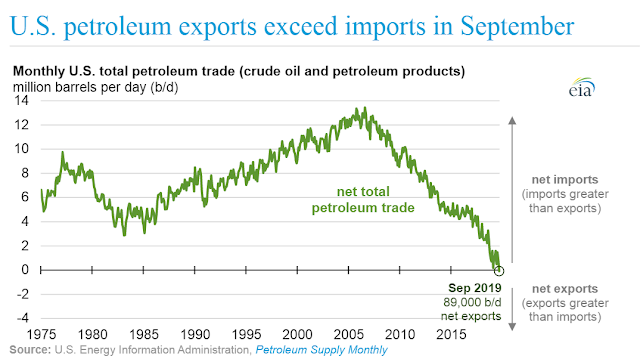