Many Jobs Will Not Come Back

While the continued drop in the official unemployment rate and the record boom in new jobs in June look promising, it’s important to remember they’re just a snapshot of what the economy looked like in mid-June. And a lot has changed since then with COVID-19 infections spiking again in several states. That could have a seismic impact on several important sectors of the economy just ahead.

To understand why the number of permanent job losses continues to increase, we need to go back to a Labor Department (DOL) issue when the DOL admitted it did not count millions of Americans who had been furloughed as being unemployed. Instead it classified them as “employed but not at work.”

The DOL just assumed all or most of those workers would be returning to their jobs as soon as the COVID-19 pandemic was under control. Yet as we all know, many of those former jobs are never coming back, and not counting them as unemployed was a “misclassification error,” the Labor Department admitted.

And the increase in permanent job losses could be significant, almost certainly if the current spike in COVID-19 infections continues to surge or even plateaus at the current level. This will determine whether we remain in a deep recession or begin to see a recovery.

Most forecasters seem to believe the last two better than expected jobs reports mean we’ve at least turned the corner on the recession if not recovered entirely. But if you look beneath the headline jobs numbers, you find we’re nowhere near out of this recession. 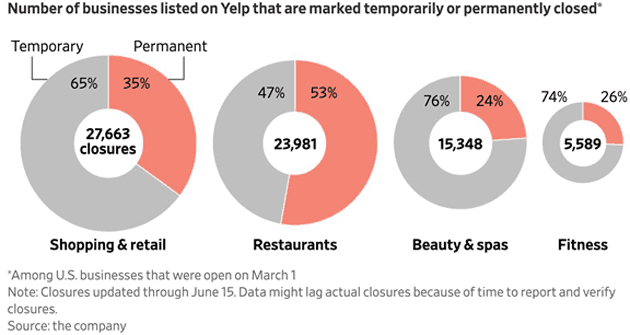