Treasuries are mixed after seeing some pressure yesterday as the Federal Reserve expectedly announced that it will speed up the tapering of its monthly asset purchases. The yield on the 2-year note is declining 6 basis points to 0.61%, and the yield on the 10-year note is decreasing 3 bps to 1.43%, while the 30-year bond rate is ticking 1 basis point higher to 1.87%.
Many stocks are up today as well.  Why? First of all, the market loves certainty. Knowing what to expect on the macroeconomic level next year goes a long way for investors that are closely watching their portfolios, as well as an assurance from the Fed that it is taking inflation seriously. Powell also balanced his rates outlook with a strong dose of optimism about demand and income, and confirmed that "we're making rapid progress toward maximum employment." 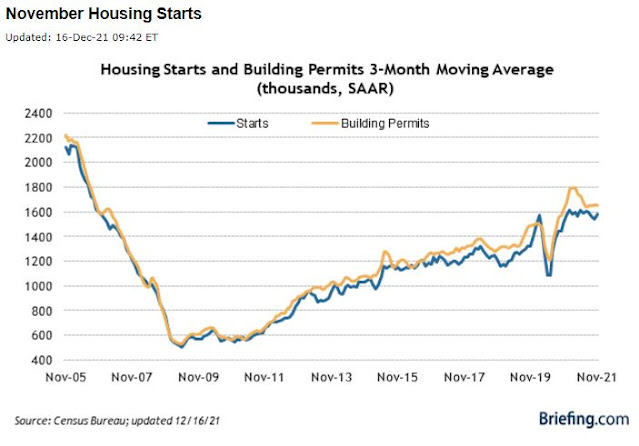