After months of soaring case numbers, the U.S. is beginning to show some signs that the latest surge is slowing.

New cases have dropped significantly in the last week, falling to a seven-day average of about 194,000 on Wednesday from about 246,000 a week earlier — a roughly 20 percent dip. Across the country, 30 states are reporting sustained declines in cases, and no states with low case counts are reporting rises. It’s a striking difference from mid-December, when nearly every state was seeing record numbers of new infections. Even hospitalizations are starting to decline.

While these indicators are positive, it’s still too early to know if the U.S. has definitively turned a corner, or if it’s simply plateauing before another spike. The biggest wild cards are the new, faster-spreading variants, which are finding footholds across the country, even as the vaccination campaign is moving more slowly than anticipated.
According to the numbers reported below, the mortality rate is below 1.6%. 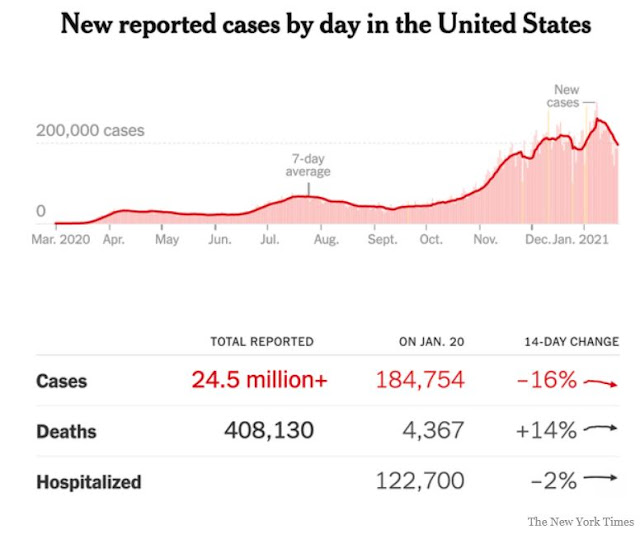