The Consumer Price Index (CPI) rose 0.8% month-over-month (m/m) in April, above the Bloomberg consensus estimate of a 0.2% gain, and compared to March's unrevised 0.6% increase. The core rate, which strips out food and energy, increased 0.9% m/m, north of expectations to match March's unadjusted 0.3% increase. Y/Y, prices were 4.2% higher (see chart below) for the headline rate, exceeding forecasts projecting a 3.6% increase and north of March's unadjusted 2.6% rise. The core rate was up 3.0% y/y, north of projections of a 2.3% rise and March's unrevised 1.6% increase. 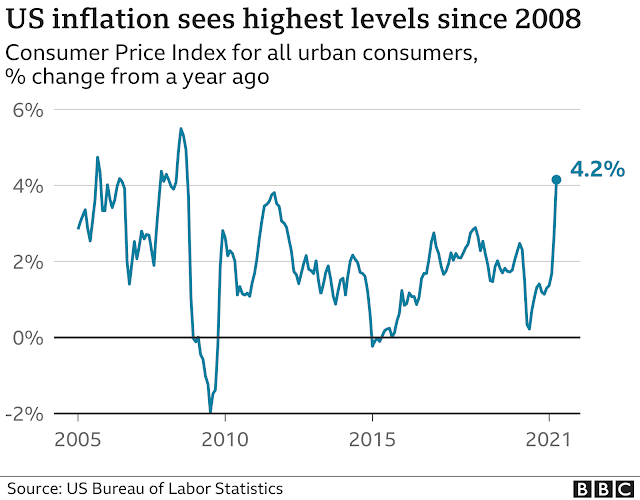 The report showed that prices for used cars and trucks rose 10.0% m/m, posting the largest one-month increase since the series began in 1953, and accounting for over a third of the seasonally adjusted all items increase. Food prices increased in April as prices for food at home and food away both increased, while energy prices decreased slightly. Core consumer prices registered the largest monthly increase since April 1982, with nearly all major components rising.
The MBA Mortgage Application Index increased by 2.1% last week, following the prior week's 0.9% decrease. The rise came as the Refinance Index gained 2.9% and the Purchase Index was 0.8% higher. The average 30-year mortgage rate fell 7 basis points (bps) to 3.11%. 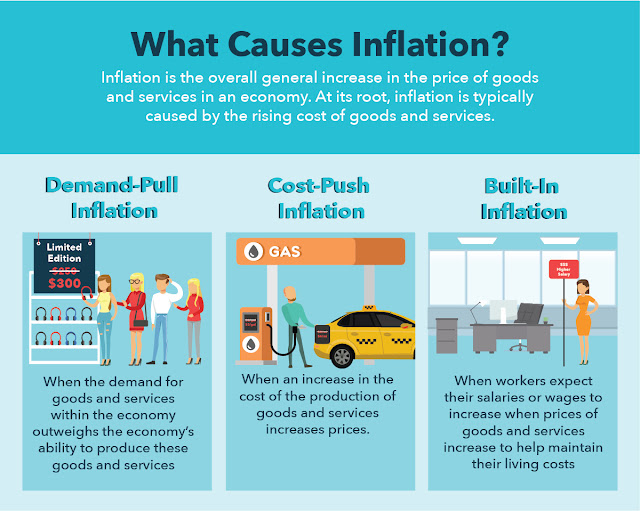 - May 12, 2021
Email ThisBlogThis!Share to TwitterShare to FacebookShare to Pinterest
Labels: Economics, Money