Signs of Inflation Peaking, But Still Highest Since 2008. 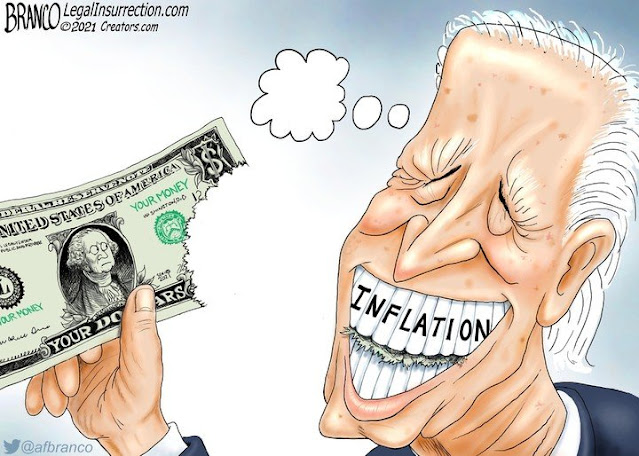 I love the way the U.S. government reports inflation. Its core numbers leave out energy and food, which have to be large budget items in the average person's budget. Let's look through the numbers for the Consumer Price Index, which were reported yesterday, Aug 11, 2021.

The Consumer Price Index (CPI) increased 0.5% in July, in line with the consensus, and the smallest gain in five months, as broad price growth moderated. Food prices rose 0.7%, the second most since April 2020. Food away from home spiked 0.8%, the most since February 1981, as greater demand for dining out strained the capacity in the restaurant industry which has been dealing with labor shortages and rising costs, including wages. Energy prices picked up 1.6%

Core CPI, which excludes food and energy, increased 0.3%, the least in four months, and below the consensus of 0.4%. Shelter prices rose 0.4%, accounting for over half of the increase in the core. It was led by another near-record surge of 6.0% in lodging away from home. But rent and owners’ equivalent rent posted moderate gains of 0.2% and 0.3%, respectively, partly due to the temporary eviction moratorium. New vehicle prices continued to ascend, up 1.7%, the second most since October 2009. But used car and truck prices rose only 0.2%, following an average monthly gain of 9.3% over the prior three months, a clear indication that conditions in that market are beginning to normalize. There were moderate increases in recreation, medical care services, and personal care. In contrast, vehicle insurance, air fares, and prescription drug prices fell.

On a year-to-year (y/y) basis, the CPI increased a steady 5.4%, the highest inflation rate since August 2008. Core CPI rose 4.3% y/y, off modestly from the 4.5% y/y pace in the previous month, but still near the highest core inflation since December 1991. The slight deceleration is a positive sign that inflation is peaking, as the base effect dissipates and the demand/supply dynamics begin to normalize.

Inflation at the wholesale level jumped a higher-than-expected 1% in July, dimming hopes for a slowdown in price increases. The July gain in the producer price index, which measures price pressures before they reach consumers, matched the June increase with both months advancing by the highest amount since a 1.2% rise in January, the Labor Department reported Thursday.
Over the past 12 months, prices at the wholesale level are up a record 7.8%, surpassing the old record of a 7.3% gain set for the 12 months ending in June.
Jared Dillion at Mauldin Economics writes in the 10th Man newsletter today (I encourage you to read the entire article):
Inflation rips society apart; deflation bands people together. Japan, despite decades of deflation, is a peaceful and prosperous society with its values intact. Inflation creates political instability, which can lead to democracy… disappearing.
Which would you prefer?

This is not an anti-Fed newsletter, but this is what the Fed gets wrong. The dangers of high inflation are not strictly economic—they’re cultural and political. 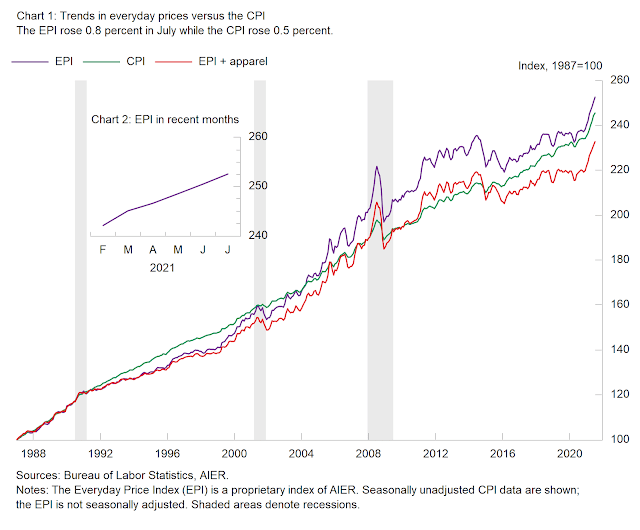