The Poor Performance of Education, Part 2 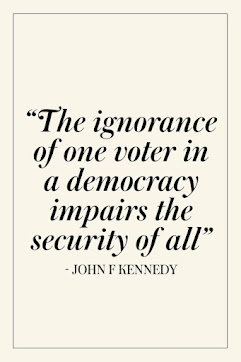 I previously broached the subject of school performance a couple of days ago here. While funding per student has gone up five times from 1970 to 2010, test scores remain stagnant.

Ironically, despite the United States having the second-best education system globally based on number of students who graduate and go on to higher education, it consistently scores lower than many other countries in benchmarks such as math and science. According to the Business Insider report in 2018, its education ranking was 38th in math scores and 24th in science. The United States' education rankings have been falling by international standards over the past three decades.

It's not just math and science that are victims to our public school system.

Recent surveys show that young Americans know little about their own country, other than they hate it.

A new YouGov poll asked more than 1,000 people aged 14 and up about their knowledge of the country's history and institutions, and their patriotic feelings toward the U.S. The nationwide survey, sponsored by the Foundation for Liberty and American Greatness, produced some alarming results.

Basically, it found younger generations — millennials (age 22-27) and Gen Z (age 14-21) — are less likely to love and respect the country. And they're less informed about American history, and way more likely to embrace socialism. Is that just evidence of youthful ignorance? Or is it the result of a school system that indoctrinates children in leftist ideology?

At the same time schools are filling kids' heads with leftist propaganda, they're failing to teach young people much about U.S. history.

The survey found that 87% of high school students flunked a five-question test of basic knowledge about American history, the worst of any age group.

High school students were also least likely to know who is on Mount Rushmore. Only 35% of them got it right, compared with 71% of boomers. Only 11% could name the rights enumerated in the First Amendment. And more than half of today's high schoolers believe Barack Obama was a more consequential president than George Washington.
A new poll shows that only a little over a third of Americans would pass a basic multiple choice U.S. citizenship test, modeled after the one taken by immigrants in the process of naturalization.

The survey, released Oct. 3 by the Woodrow Wilson National Fellowship Foundation with the research firm Lincoln Park Strategies, sampled 1,000 American adults. It showed that only 36 percent actually passed the test.

Respondents 65 and older scored the best (74 percent), while only 19 percent of test-takers 45 and younger passed.
Only nine states and the District of Columbia require one year of U.S. government or statistics.
Our nation is experiencing a crisis in civic education. A 2016 American Council of Trustees and Alumni report showed that, even though nearly all twelfth-grade students took a course in civics, less than a quarter of them passed a basic examination at “proficient” or above. The crisis extends to higher education as well. In a survey of over 1,000 liberal-arts colleges, only 18 percent include a course in U.S. history or government as part of their graduation requirements. Even at George Washington University, you don’t have to take a course in U.S. history to graduate.
While the 2016 election brought a renewed interest in engagement among youth, only 23 percent of eighth-graders performed at or above the proficient level on the National Assessment of Educational Progress (NAEP) civics exam, and achievement levels have virtually stagnated since 1998. In addition, the increased focus on math and reading in K-12 education—while critical to prepare all students for success—has pushed out civics and other important subjects.
The statistics in the ACTA report come after 15 years of concerted investment in civic education. As such appalling numbers show, this investment made little difference: Most Americans fail not only to retain basic facts but also to grasp why understanding these things even matters.

As a nation, we have fallen prey to the impossible expectation Jefferson counseled against over 200 years ago. A government by the people, for the people, and of the people is only as wise, as just, and as free as the people themselves. Ignorance and indifference inevitably erode our freedoms and destroy our republic. It is not without cause that our national discourse in recent years has been so histrionic and hateful.

Indeed, the sheer growth and spread of the federal government shows that we have lost the trail the Founders blazed. The Department of Education exemplifies both this problem and its results. At its core, true education is more than facts and figures. It engages and enriches the soul. It rightly orients one to understand his or her place in the world, to pursue truth and beauty, and, perhaps most important, to understand why the pursuit of these things matters — not just for occupational production, but to know how to live.
Over the course of the past century, the role of education in government and the role of government in education have become increasingly muddled. Our current education system little resembles the intent of the Founders. For these men, education was a responsibility delegated to the people, not a right provided by the government. When George Washington petitioned for the creation of a national university, his request was denied on the grounds that education was not a power outlined in the Constitution. Our current Department of Education, with its expansive regulations and reach, would be incomprehensible and insupportable to the Framers of our Constitution.
When I was in school in the 1960s, I don't remember a semester where a  class in civics, government or history was not required. In college, I had to have government to graduate. Now, many colleges do not require history to graduate, why most students don't know which century the civil war was fought. Harvard does not require a class on the Constitution for a law degree.
But Gender and Diversity studies abound. K-12 students are steeped in critical race theory -- if not by that name -- and other leftist points of view, including that the U.S. was created for the purpose of allowing rich white men to own slaves, the U.S. is systemically racist, and inherently bad.
And yet, millions from around the world still want to come here.
Education History