Yesterday, IBD was all excited about AMD. The company announced new chips at a trade show. IBD bases their buy-zone on a weekly chart which shows it close to high points reached in the previous 18 months. 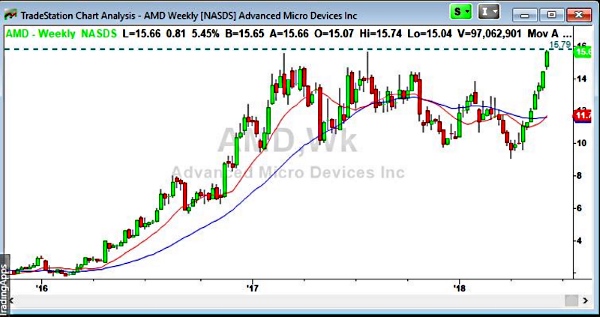 But, look at a daily chart below, and you can see a slightly different view, one that I would have reacted to if AMD had been on my radar (I can't track 7,000 stocks, sorry).

I think a buy point arose in early May, when the price gapped up and then passed 11.31. That showed demand for the stock, and the trend started up as well. But if AMD does open at or above 15.75, I may pick up some shares and see what happens. I'll put a stop just under 15 so I'm only risking about $80. (Note: Always calculate your risk first before deciding on your position size). 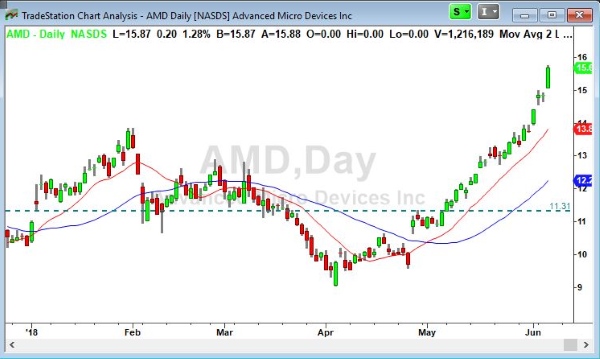 A small position, but I would have rather bought at 11.35, which would be a return of 38 percent in a month!