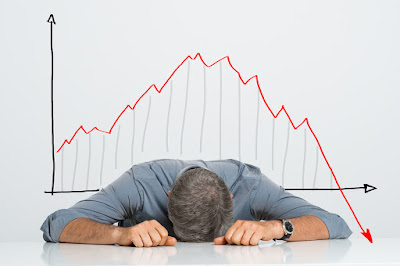 When will economic disaster strike? Well, according to the Democratic Party, it should have already.
From Investor's Business Daily:

Just last November, for instance, a blog post on the Economic Policy Institute's website informed us that "Republican tax plan will reduce American competitiveness." That was, to be kind, wide of the mark.

Going back even further, many economists and pundits were wrong — dead wrong — about Trumponomics. But to this day they can't bring themselves to admit it. Imprisoned by the illogic of their own liberal ideology, they all saw not just failure, but instant disaster. They still do.

We've run the following quotes in IBD before, but in light of this new report they bear repeating:

"We are probably looking at a global recession, with no end in sight," said New York Times columnist and Nobelist Paul Krugman, just one day after Trump won the election.

"Under Trump, I would expect a protracted recession to begin within 18 months. The damage would be felt far beyond the United States," said Larry Summers, the former top economist for Presidents Bill Clinton and Barack Obama, speaking in the summer of 2016.

"If the unlikely event happens and Trump wins you will see a market crash of historic proportions," agreed MSNBC's Steve Rattner, a former Obama administration official, speaking in October of 2016.

The market is up 30 percent since the election. Oh well. There hasn't been a recession yet. Bull markets and economic expansions don't last forever, but don't believe what people are trying to tell you -- especially those with a political agenda.