I wish I could give a speech and have the market go up like it did about that time. And not just one market, but curriences, gold, etc. All except for oil, which had the opposite reaction.

But it was a busy day on the economic calendar. Here's a recap, if you can get through it all.

On the negative side, new home sales were down. Not unexpected with mortgage rates going up. This is an indicator to watch. The consensus was 575,000, and the actual was 544,000.

Two wildcard components are slightly more exaggerated in the third quarter's revised GDP data while readings on the consumer and housing are mixed. At the headline level, the second revision to third-quarter GDP is unrevised at a very strong 3.5 percent annualized growth rate but inventories, contributing 2.27 percentage points to the total, added a little more than the first revision while net exports, subtracting 1.91 points, pulled down GDP by a little more.

Consumer spending's growth rate of 3.6 percent is 4 tenths below the first estimate and 1 tenth below Econoday's consensus with its contribution nearly 2 tenths lower at 2.45 points. Still this is the third straight contribution in the mid 2 point range. Residential investment pulled down third-quarter GDP but, at minus 0.10, slightly less than the first estimate.

Inflation wasn't a risk in the third quarter with the GDP price index unchanged from the first estimate at a 1.7 percent rate. Year-on-year, this reading has been trending higher but did dip 1 tenth in the quarter to 2.3 percent.

Though consumer spending was strong in the third quarter, it was an outsized build in inventories that proved to be a decisive plus. Whether the inventory build will extend to the fourth quarter is uncertain as is the nation's trade situation. Initial data on October goods trade, also released this morning and which will be an input into fourth-quarter GDP, shows unwanted deepening. In the end, however, consumer spending will be the fourth quarter's most important input and will reflect the success or failure of the holiday shopping season.

All in all, not bad. Chart is neutral, but getting ready for a change I think. Toss a coin whether it's back in buy territory or not. 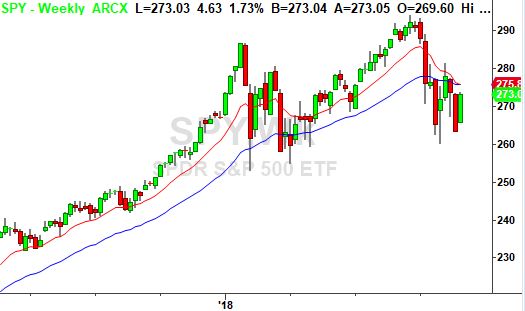