Cuba: A Role Model of Equality

From International Liberty
By Dan Mitchell

Nikole Hannah-Jones has said that that Cuba is a role model of equality, largely due to socialism. But she sees the world through the lens of racism, which is like having blinders on.

Hannah-Jones is the creator of the academically shoddy 1619 project. Two years ago, the New York Times unveiled the “1619 Project,” which largely argues that slavery and racism are part of the nation’s DNA. The NYT states that the project “aims to reframe the country’s history by placing the consequences of slavery…at the very center of our national narrative.” The "history" is based on Marxist thinking and Critical Race Theory.

But back to Cuba. It's a disaster. It that's the kind of equality that the left in this country is aiming for, I'll opt out. The two charts below tell the story. 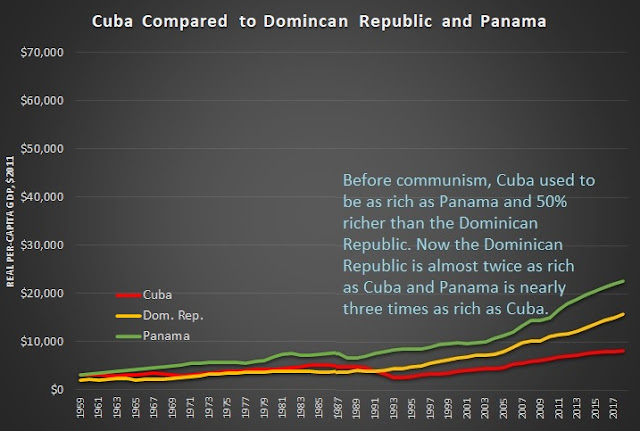 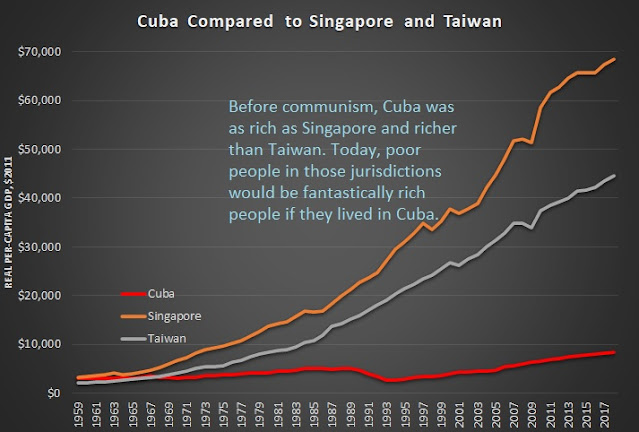 But even if she's right and Cuba genuinely has equality, it's only because socialism has impoverished everyone, including the ruling class.

Our friends on the left apparently think that's something to applaud, as Margaret Thatcher observed, but I'd rather be part of a society characterized by an "unequal sharing of the blessings."

P.S. Ms. Hannah-Jones may be even more wrong about Cuba than Bernie Sanders, Jeffrey Sachs, or Nicholas Kristof.