Stick to the Plan! Why FOMO Can Kill Your Investment Portfolio

From a Jeff Clark newsletter, where he talks about FOMO (Fear of Missing Out) and what risks it entails to investors.

Why FOMO could ruin you

But, the Munder NetNet Fund their neighbor invested in – which only bought internet-related stocks – earned three times that amount.

The couple told me they wanted to sell the funds I recommended and put everything into the Munder NetNet Fund.

I reminded them of their long-term goals. I told them that 1999 was an “outlier” year. Just about everything made money. They had made far more money in their conservative funds than we had projected. It wasn’t likely to happen again anytime soon.

And even though I would have profited handsomely on the commission earned by selling their existing funds and buying the Munder NetNet Fund, I told them not to do it. In fact, I refused to do it.

So, they fired me. They took their money to another broker who did exactly what they wanted to do.

Had they simply stuck with the plan we had set up to make 10% per year over time, they would have been just fine. They never would’ve had to work again. They’d never have any financial concerns. They could’ve raised their family with all of the benefits that financial independence provides.

But that wasn’t good enough. Their neighbor had made more and that wasn’t acceptable. So, they threw away the strategy that worked best for them… and rolled the dice on a more aggressive posture.

That’s the danger of FOMO – Fear of Missing Out.

Whenever there’s a hot trade in the market, whenever an asset class captures the headlines for producing HUGE gains, the automatic response for most investors is, “Damn! I have to jump on board.”

All that matters is… “This asset is moving higher. My friends and neighbors are making more money than me. So, I have to get on board.”

Folks… I have to tell you… FOMO will destroy you.

If your neighbors are making money, then good for them. If Biff and Muffy at the holiday cocktail party are bragging about their HUGE profits in cryptocurrencies, then good for them. That’s wonderful. You should be glad that your friends, neighbors, and in-laws are doing well. Prosperity is a good thing.

But, when logic doesn’t support the trade – or when your own financial objectives require a more conservative stance – then chasing the trade is a mistake.

You should focus your investing and trading strategies on what is right for you. That means you’ll underperform your neighbors in some years.

But who cares? As long as you meet the performance necessary to achieve your long-term goals, then it’s a win.

I’m a trader. My immediate objectives are to make profits on short-term trades. But my recommendations fall within the constraints of a longer-term objective. And in the longer-term, it’s the contrarian – or less popular – trades that will generate the largest gains.

Logic and reason always win out over emotion.

Traders who rush to get into trades simply because it’s the hot idea of the moment, or because their neighbors are profiting, are making a mistake. If the trade doesn’t have a fundamental backing… if it doesn’t fit with your overall longer-term strategy… then it’s not likely to turn out well.

So, I don’t mind telling folks that now is a good time to sit on the sidelines.

The FOMO is intense. I feel it every day when I read emails from my subscribers.

We don’t need to chase any trades just to keep pace with the neighbors. So, I’m telling my subscribers that the sidelines look like a pretty good place to hang out right now.

FOMO will argue otherwise. But I have more faith in the profitability of an anti-FOMO trade.

I moved #10 to #1, because it is actually the most important.
1. You need a written budget and a written plan for your money
2. Spend less than you earn
3. Create an emergency fund immediately
4. There is no tomorrow; start today
5. It's purely on your shoulders
6. The "Joneses" are living a lie
7. Pay off your debt
8. Create multiple sources of income
9. Personal finance is 20% knowledge and 80% behavior
10. Income does not determine your wealth 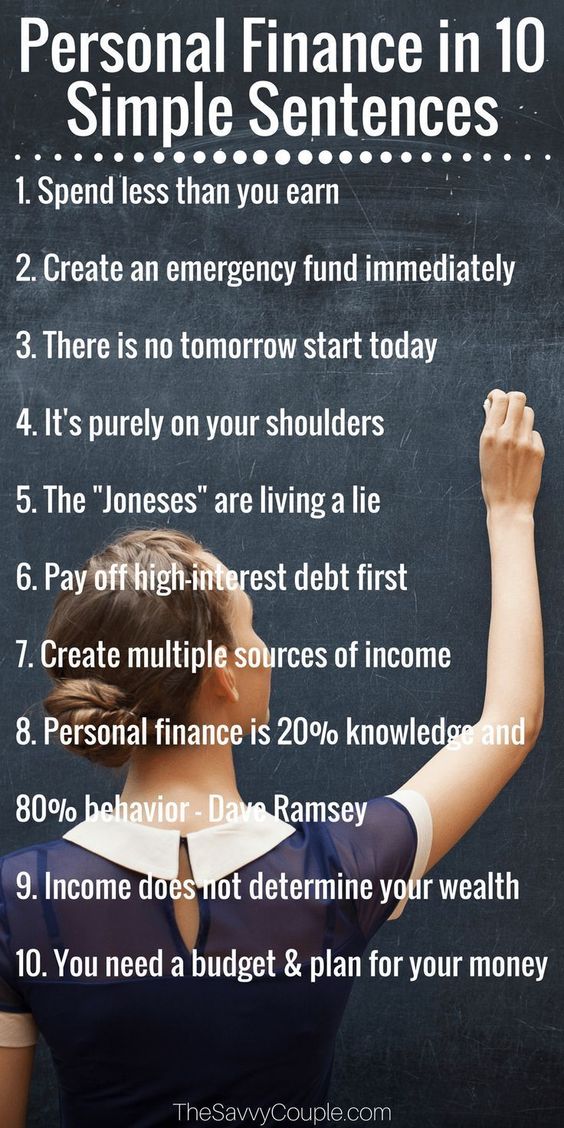