Employment Picture Not As Rosy as Commonly Reported

The survey of business establishments has shown steady growth in employment and the smaller survey of households has shown virtually no job growth since March.

This pattern held again for the November jobs report released Friday. Employment was up in the establishment survey by 263k, but the household survey dropped 138k. The divergence since March now stands at an enormous 2.7 million jobs.One reason is double counting in the establishment survey, with over 900k of the jobs added in the last year being workers with second jobs, not additional people employed.

To be sure, it is still a hot employment market for workers with some 10 million job openings. Count us as skeptical that this rosy jobs market will continue much longer. 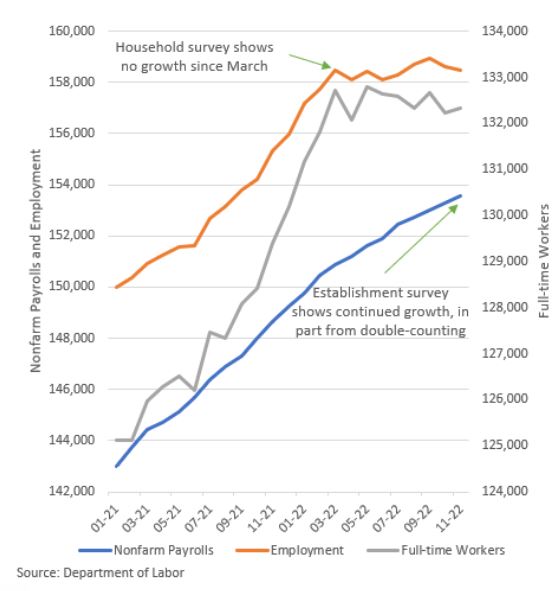