Showing posts from July, 2018
Show all

- July 26, 2018
This little play list on YouTube will help you get acquainted with some economic principals in a very short time. Each is about 5 or 6 minutes in length and covers the Budget Process, Debt and the Deficit, Impact of the Economy on the Deficit, Benefits of International Trade, Composition of Gross Domestic Product and Understanding the Unemployment Rate.  He does not cover Supply and Demand, which is basic to all economics, but I will find a good course soon for that.  Enjoy. Econ-1 with John Taylor
Post a Comment
Read more

How to dodge the debt train

- July 23, 2018
Debt is a problem, and it will come calling home sooner or later. Be prepared. It could cause massive upheavals in global financial systems, and result in large moves down in markets. See my previous post on debt . But do not be afraid, just be prepared. I subscribe to a free weekly newsletter from John Mauldin called Thoughts from the Frontline .  You should subscribe. It's worth your time. In the July 20 issue , he provides this advice to small investors.  I f you are early in your investing career or still consider yourself small, the most important things you can do are: Simplify your lifestyle and save more money. That’s not particularly fun, but in the long-term will pay huge dividends. Get out of debt. Do not carry debt on credit cards. Pay your credit cards off as quickly as possible. Saving is easier when you aren’t paying 18% interest. You’re not going to get 18% on your investments. There are a whole host of options for how to save. For small investors, there
Post a Comment
Read more

Debt: It's a problem

- July 23, 2018
The global debt level is reaching shocking new heights. The Institute of International Finance recently estimated the current total world debt is roughly $247 trillion —a truly unprecedented figure. But as frightening as the global debt has become because of the dangers it poses to the world’s economic stability, Americans should be far more terrified of what this problem might mean for them, especially if the globe endures another major financial collapse before the United States can get its fiscal house back in order. Put simply, America is on the verge of experiencing an absolutely catastrophic period of economic change, and it’s due mostly to its skyrocketing debt, which is the result of decades of reckless government spending—by both political parties. Full story here .
Post a Comment
Read more

- July 20, 2018
Texas to become 3rd largest producer of oil? The shale oil boom has brought a gold rush mentality to the Lone Star State, which is home to not one but two massive oilfields.  If it were a country, Texas would be the world's No. 3 oil producer, behind only Russia and Saudi Arabia, the investment bank said. See full story here . Unemployment claims The latest data on new filings for unemployment insurance suggest the labor market remains tight. Data from the Employment and Training Administration within the Department of Labor show initial claims for unemployment insurance fell to 207,000 for the week of July 14, the lowest reading since 1969. The weekly result is down from a revised 215,000 in the prior week. Using a four-week average to smooth weekly volatility, the latest average came in at 220,500, down from 223,250 in the prior week. A level of claims below 300,000 is considered consistent with a strong labor market.  Federal Reserve Report on activity Economic activ
Post a Comment
Read more

- July 19, 2018
Don't get caught in a scam, or con. Always verify offers. Always question. And know what scams are out there. Experian just published a list of the most common, but there are a lot.  The Ultimate List of the Year’s Worst Scams
Post a Comment
Read more

- July 18, 2018
Chicago may become   one of the first U.S. cities to implement a universal basic income program. The proposal, introduced by Chicago Alderman Ameya Pawar , would provide 1,000 families with a $500 monthly stipend - no strings attached. The bill already has the backing of the majority of city lawmakers, and Pawar hopes to soon work with Mayor Rahm Emanuel to implement the pilot program. This was reported at Seeking Alpha this morning . So is Universal Basic Income a good idea? To a socialist, nothing could be better.  Only problem? Who pays for it? For a city that has been struggling to balance it's budget, I find it absurd.  (Is $500 a month for 1,000 people "universal" and "basic income?" I try not to be cynical, but sounds like buying votes to me.) As Margaret Thatcher once said: "The problem with socialism is that eventually you run out of other people's money." Those interested in expanding their knowledge of the subject will find th
Post a Comment
Read more

Update on the SPY 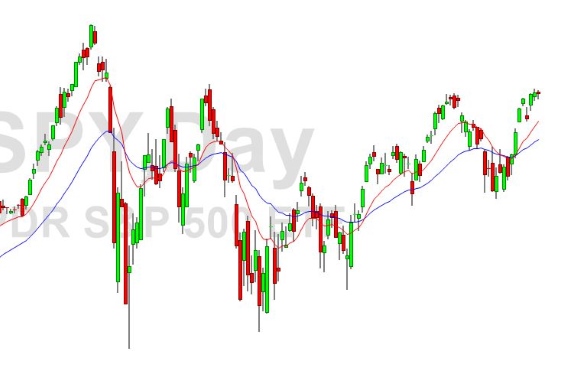 Last month, on June 22, I noticed some weakness in the market. This has changed, which put me back in the market over the last couple of weeks. Best to do it gradually.
Post a Comment
Read more

A good read at Lauren Greutman's blog . These are points you need to consider seriously.  1. You need to make car payments. 2. You need a bigger house. 3. There's no point in budgeting when you don't make much money. 4. You can't invest. 5. Your kids will be emotionally harmed if you don't take them to Disney every year. 6. You kids will be emotionally harmed if you don't get them an iPhones. 7. You need to buy all organic or your family will be unhealthy. 8. Once you get a raise, everything will be fine. 9. You can start saving for retirement later. 10. You can't afford to give to charity. 11. You are stuck in your current financial situation. 12. Your job sucks. 13. Your home is a good investment.  Read the full article by Lauren Greutman at her blog .
Post a Comment
Read more 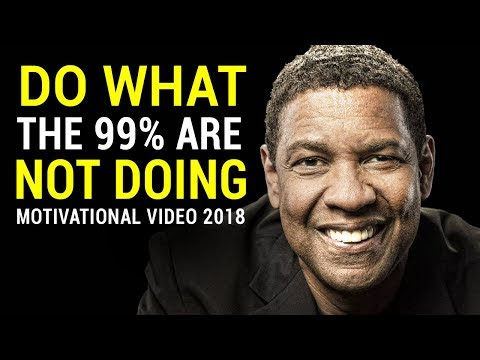 Bits of Wisdom for the Stock Trader

- July 15, 2018
Trading is simple, but it ain't easy. If you want to stay in this business, leave "hope" at the door and stick to your stops.   When you get into a trade, start looking for signs right away that you are wrong. If you see them, then get out before your stop is hit.   Trading should be boring, like factory work. If there is one guarantee in trading, it is that "thrill seekers" get their accounts ground into parking meter money.   Amateur traders turn into professional traders when they stop looking for the "next great technical indicator" and start controlling their risk on each trade.   Professional traders only place a small portion of their assets into 1 position. Or if they take on a large position, then they strictly limit their risk to 1-2% of their current equity. Amateurs typically place a large portion of their assets into 1 position, and they give it "room to move" in case they a
Post a Comment
Read more

Why Are You Not Successful?

Time is more valuable than money. Poor thinking habits keep most people poor.  It may not be New Year's, but this is important any time of the year.
Post a Comment
Read more
More posts