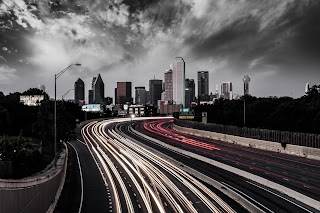 By Gary D. Halbert
Halbert Wealth
President Biden’s massive $2.25 trillion infrastructure bill is on the tracks, rolling toward what many in Washington believe will be speedy passage in the House and Senate. There are many problems with this historically large spending bill, but chief among them is the fact that less than 6% of the $2.25 trillion will actually be spent on roads and bridges. If we include all spending related to transportation, the amount only increases to just over one-third of the total.
Much of the so-called “infrastructure” spending will fund some liberal pork barrel spending projects which are loaded up in this Trojan Horse of a bill – including direct government giveaways, Green New Deal-style initiatives and programs to improve racial inequality, just to name a few. The president says his new bill will create millions of new jobs and will be a boon for the economy when it is enacted.
But many argue just the opposite: that the massive bill will be bad for the economy, jobs and quite likely for the stock markets as well. Here’s why: Biden’s “American Jobs Plan” would hike America’s corporate tax rate to 28% from 21%, thus giving us what will be the highest corporate tax rate in the developed world. The repercussions will likely be severe.

There’s more not to like about President Biden’s infrastructure plan than there is to like.
What Biden Says His Massive Infrastructure Plan Will Do

Before I criticize the president’s infrastructure plan he introduced last week, let me begin with the promises he made for the American Jobs Plan when he unveiled it last Wednesday. First of all, President Biden said his $2 trillion infrastructure plan is:

“A transformational effort that could create the most resilient, innovative economy in the world. It is not a plan that tinkers around the edges. It is a once-in-a-generation investment in America.”

The president said his infrastructure plan would repair 20,000 miles of highways and thousands of smaller major bridges, along with the 10 most economically important bridges in the country. If this doesn’t sound like much for $2.25 trillion, you’re right. That’s because less than 6% of the $2.25 trillion is going toward roads and bridges. I’ll come back to that later.

If, in addition to roads and bridges, we add public transit, ports, airports and electric vehicle development, the proposed spending increases to $621 billion or just over one-third of the $2.25 trillion. Even this seems low for a so-called infrastructure bill.

Those sound like good ideas but we’ll have to see how much money actually goes into these efforts. Why? Because the president also said the plan would accelerate the fight against climate change by hastening the shift to new, cleaner energy sources, and would spend a lot to help promote increased racial equality in the economy.

Finally, the spending in the infrastructure plan would take place over eight years, the president said, and the tax increases would more than offset that spending in 15 years, leading to an eventual reduction of the budget deficit. How many times have we heard that before, only to see cost overruns, revenue shortfalls and ever higher budget deficits?

What Not to Like in President Biden’s Infrastructure Bill

The president says his unprecedented infrastructure plan would create millions of new jobs, stimulate the economy and substantially increase spending on climate change, among others. Yet rather than stimulate American jobs and our economy, President Biden’s infrastructure plan could cripple our economy and substantially harm our ability to compete internationally.

To pay for its initial $2.25 trillion in spending, the White House’s plan raises the federal corporate tax rate to 28% from the current 21%. This change puts us above even notoriously entrepreneurship unfriendly countries like England (at 19%) and nations fallaciously hailed by the left as positive examples of socialist tendencies, including Finland (20%), Sweden (21.4%), Norway (22%), Denmark (22%) and even China at 25%.

In fact, the US corporate tax rate will be the highest of the 37 countries in the Organization for Economic Cooperation and Development (OECD) once France implements their reduction to 25.83% over the next year. Sweden and the Netherlands are likewise reducing their tax rates further on businesses to help them recover from COVID-19 difficulties.

These dramatic increases to corporate income taxes may help provide funding for the infrastructure bill’s provisions in the short term but will hinder the economy’s growth and therefore the government’s long-term ability to accrue revenue. The United States holding so relatively high a corporate tax rate will be detrimental to entrepreneurship and investment.

I’ll explain how it could be detrimental to investors in a moment.

As noted above, the massive $2.25 trillion infrastructure plan devoted only 6% to rebuilding and repairing roads and bridges. Even if we include spending on public transit, ports, airports and electric vehicle development, the proposed spending only increases to just over one-third of the $2.25 trillion. When have we ever seen an “infrastructure” bill which allocates almost two thirds of its spending to “non-infrastructure” projects and programs? Never.

This huge tax increase on American corporations will undoubtedly negatively affect their rate of job creation but also increases the likelihood they could actually cut jobs. With so many foreign governments reducing their corporate tax rates, we also run the risk that US companies could move their operations offshore.

When President Trump and Republicans slashed the corporate tax rate from 35% to 21% in 2017, it proved quite successful in convincing US companies operating offshore to bring those jobs back home. If President Biden gets this infrastructure bill passed, it could indeed reverse that trend in the next few years.

Why Biden’s Infrastructure Plan is Bad For Markets & Investors

Obviously, higher corporate taxes are bad for business. Worsening business conditions usually mean lower stock prices. While corporations like to pass along price increases to consumers, I don’t believe they will be able to pass along all of this big tax increase, at least not all at once. This will likely mean a hit to profits and thus, will not be bullish for stocks.

As I discussed in my March 4 Blog, stocks are very overbought and thus quite vulnerable to a trend reversal. Take a moment to look at my March 4 posting and the charts therein, if you haven’t already.

While most market forecasters have turned more bullish on equities over the last month or so, it won’t surprise me if we see a correction (or worse) if the president gets his massive infrastructure bill passed just ahead.

The correction over the infrastructure bill could then be intensified with the passage of Mr. Biden’s tax increases on those individuals or couples making over $400,000 a year, which could sail through the Democrat-controlled Congress.

Things could then get even worse for the stock markets if Biden gets his way on increasing the capital gains tax to the level of ordinary income, which can rise to 35% for individuals or couples making just over $400,000 a year. This could be quite bearish for stocks.