In a study just published by the Club for Growth Foundation, co-authored with Robert O'Quinn (former Chief Economist at the Department of Labor), they estimated the likely economic impact of President Biden's so-called Build Back Better plan to expand the welfare state.
Here are the main findings:
What's especially noteworthy about the study is that they based their analysis on research published earlier this year by the Congressional Budget Office. In other words, a very establishment source.
Biden's fiscal agenda would made the United States more like Europe and the economic data unambiguously demonstrate that Europeans suffer from significantly lower living standards. 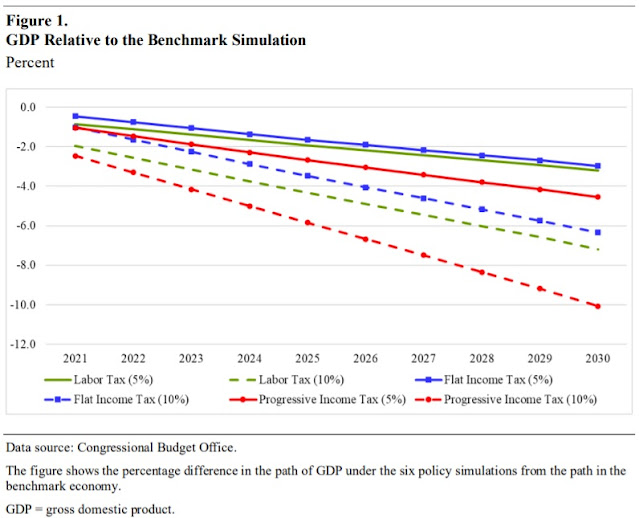