It's All About Jobs: August Employment Report Misses

The Bureau of Labor Statistics jobs report for August came out today, and it was way below expectations. The economy added 235,000 jobs, about 500,000 fewer than expected. This year, monthly job growth has averaged 586,000 jobs, according to the report.
This is probably due to the issue with the Covid-19 Delta variant. 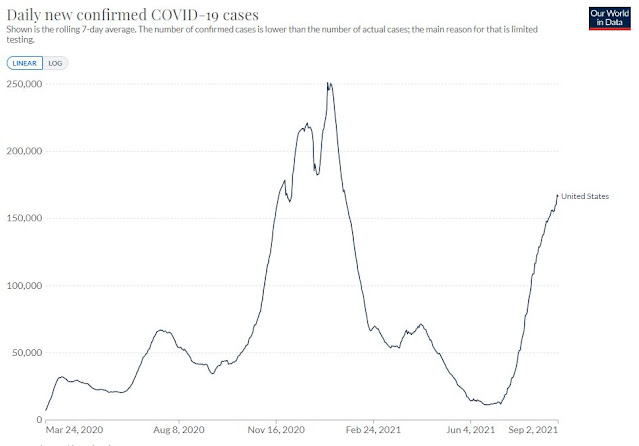 Nonfarm payrolls rose by 235,000 jobs month-over-month (m/m) in August, well below the Bloomberg consensus estimate of a 733,000 rise, though July's figure was upwardly-adjusted to an increase of 1,053,000. Excluding government hiring and firing, private sector payrolls increased by 243,000, versus the forecasted rise of 610,000, after increasing by an upwardly-revised 798,000 in July.
The labor force participation rate remained at July's 61.7% rate, compared to forecasts of an increase to 61.8%. The Department of Labor said job gains occurred in professional and business services, transportation and warehousing, private education, manufacturing, and other services, while employment in retail trade declined over the month and leisure and hospitality job growth was unchanged after increasing by an average of 350,000 per month over the prior six months.

The trade balance showed that the July deficit shrank more than anticipated, declining to $70.1 billion, from June's downwardly-revised deficit of $73.2 billion, and compared to forecasts of $70.9 billion. Exports rose 1.3% month-over-month (m/m), and imports dipped 0.2%.

Final Q2 nonfarm productivity was revised lower to a 2.1% gain on an annualized quarter-over-quarter (q/q) basis, and versus estimates of an adjustment to a 2.5% increase, from the preliminary report of a 2.3% increase. Q1 productivity was unadjusted at a 4.3% gain. Labor productivity, or output per hour, is calculated by dividing real output by hours worked by all persons, including employees, proprietors, and unpaid family workers, and is a major contributor to the economy's long-term health and prosperity. Unit labor costs were adjusted to a 1.3% q/q increase, from the preliminary rise of 1.0%, versus forecasts of a revised 0.9% gain. Unit labor costs were unrevised at a decrease of 2.8% in Q1.

Factory orders rose 0.4% m/m in July, versus estimates of a 0.3% gain, and compared to June's unrevised 1.5% increase. Durable goods orders—preliminarily reported last week—were unrevised at a 0.1% dip for July, and excluding transportation, orders were upwardly-adjusted to a 0.8% advance. Finally, nondefense capital goods orders excluding aircraft—considered a proxy for capital spending—were revised higher from a flat reading to a 0.1% gain.

Treasuries are dipping, with the yield on the 2-year note little changed at 0.21%, while the yields on the 10-year note and the 30-year bond are ticking 1 basis point (bp) higher to 1.30% and 1.92%, respectively.
- September 03, 2021
Email ThisBlogThis!Share to TwitterShare to FacebookShare to Pinterest
Labels: Economics