What No One Is Saying About the Jobs Report

By the Tax Foundation
Last week, a disappointing jobs report came out: only 235,000 jobs were added when closer to 720,000 were expected. President Biden blamed the Delta variant, but that is not the whole explanation.

While the Delta variant is a contributor, it is likely companies are also unsure of what the future holds for them as the Biden administration’s international tax plan and the Wyden proposal are debated in Congress, so they’re putting hiring, expansion, and investments on hold.

Vice President of Global Projects Daniel Bunn says, “The tax reform in 2017 was helpful in reversing the pressure that U.S. companies felt to shield profits from U.S. taxes. However, if the tax code changes in line with what President Biden has proposed, those incentives for investing in the U.S. would go away, and companies would again feel the pressure to offshore profits and potentially jobs and investment.

“You can combat profit shifting by making your country’s tax code more attractive for business investment or you can combat it by tightening the screws on multinationals so much that they become less able to reach foreign customers. The Wyden approach is the latter.”

Here’s what all of this means for everyday Americans: research (ours and others) shows 50-70 percent of the corporate tax burden falls on workers.

Tax Foundation’s Competitiveness and Growth Program was launched to change the narrative from shortsighted “tax fairness” arguments towards future-focused policies that will grow the economy, raise living standards, and make the U.S. more competitive in the long term.

Our concern was coming out of the pandemic, the U.S. would adopt harmful policies (like the Biden and Wyden proposals)—and look where we are now: debating harmful policies that threaten American jobs and stability.
Also, the latest Job Openings and Labor Turnover Survey from the BLS shows the total number of job openings in the economy rose to 10.934 million in July, up from 10.185 million in June, and another new record high. 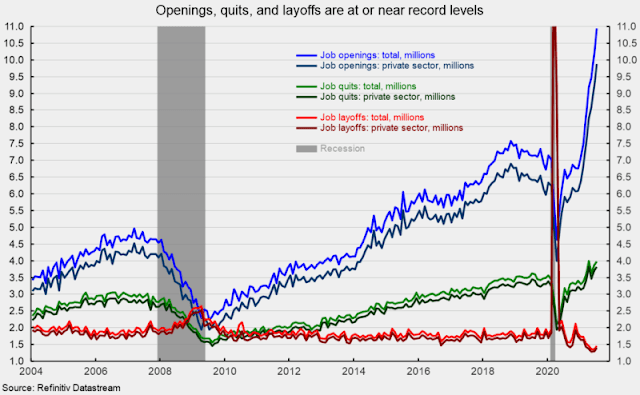