New Legislation Will Raise Taxes on Everyone

Families earning less than $400,000, according to Joe Biden were not going to pay even “a dime of new taxes” under his tax plan.

This was Joe Biden’s signature promise. It was the 2020 campaign’s equivalent to George H W Bush’s “read my lips, no new taxes” pledge back in 1988. Anyone who believed Joe probably deserves to pay more taxes. Anyway, here are the facts. Congress’s official budget and tax scorekeeper, the Joint Committee on Taxation, finds taxes rising in every income bracket. It’s a $17 billion a year whack at the lower and middle-class Americans. 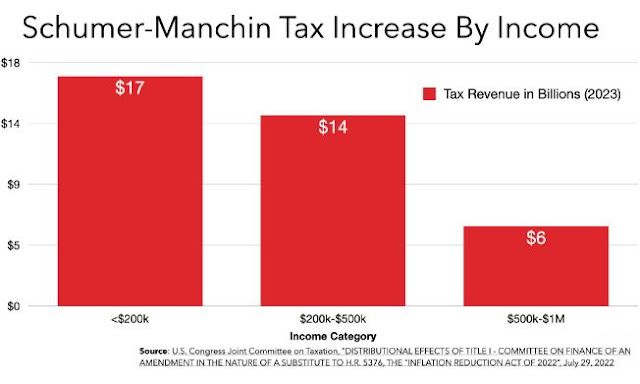