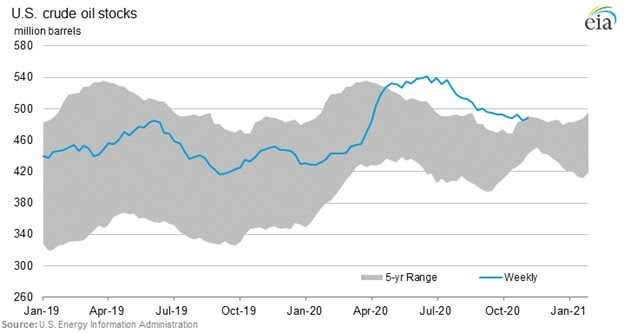 Vaccine Study Results Boost Stocks (Nov. 9, 2020)
U.S. stocks are surging to kick off the week, with several media reports declaring that Joe Biden won the 2020 presidential election offering some clarity on the contentious political front. However, the big boost for stocks today comes courtesy of Pfizer and BioNTech reporting that a Phase 3 trial of their COVID-19 vaccine achieved more than 90% efficacy.

Value and cyclical stocks are leading the charge, along with those tied to industries that had been severely disrupted by the pandemic, while some of the secular growth and work-from-anywhere stocks are lagging behind. Treasury yields are rising sharply as bond prices are falling, and crude oil prices are surging. Gold is falling and the U.S. dollar has turned higher. The economic calendar is void of any major releases today but in other equity news, Dow member McDonald's posted stronger-than-expected Q3 earnings. Asia finished nicely higher and Europe is jumping broadly.

The Conference Board’s Employment Trends Index (ETI) increased 1.3% in October, continuing to recover from its trough in April. Six of the eight ETI components made positive continuations last month, led by a jump in temporary hiring and fewer initial jobless claims. This was the sixth consecutive increase in the ETI, but the smallest in that sequence, a sign that the pace of labor market recovery is slowing. With new COVID cases surging across the country, there is a heightened risk of consumers disengaging from the economy, which may slow the pace of labor market improvement.

The OECD U.S. Composite Leading Indicator (CLI) picked up 0.3 points in October, its sixth straight gain, to 98.8, the best level since February, as the outlook for broad economic growth continued to improve. On a six-month annualized basis, the CLI surged an impressive, record-shattering 14.3%, reflecting the rebound in activity as the economy reopened in the spring. However, the CLI level is still firmly below 100, as it has been continuously since January 2019, indicating that economic activity is still below its long-term trend.

The NFIB Small Business Optimism Index was unchanged at 104.0 in October, its best reading since February. But uncertainty about future business conditions hit its highest point since November 2016, reportedly driven by risks related to the presidential election and the pandemic. The cautious level of optimism was evident in the mixed NFIB components, with four improving, five declining, and one unchanged.

Actual earnings recovered to their pre-pandemic level, and sales expectations for the next three months turned up, both of which are signs of strengthening demand. Amid ongoing supply chain and delivery issues, the net percent of firms reporting their inventories were too low matched its second highest level ever, while the net share of firms planning to increase their inventories in the near term jumped to 12%, a record high. But owners’ optimism about the outlook for the economy cooled slightly. Current job openings and hiring plans also pulled back, which could translate into a slower pace of decline in the unemployment rate over the next few months.

Worker compensation was steady, while compensation plans edged up slightly, but both were well below their pre-recession levels, reflecting the large labor market slack created by the pandemic. Current prices were back to their level at the start of the year and price plans moved up, a sign of pricing power amid stronger demand, which bodes well for profit margins.

The number of hires ticked down 1.4% in September to 5.871 million, about in line with its pre-recession level, following several months of significant volatility around the lockdown and reopening of the economy in the spring. Layoffs and discharges declined further. Both indicators suggest that the labor market continued to move toward normalization.

The number of job openings edged up 1.3% to 6.436 million, up in four of the past five months, but that still left it 8.1% below where it was in February, a sign that labor demand has a ways to go before it fully comes back. The number of unemployed per job opening continued to move down, but at 1.96 it shows a significant labor market slack that is putting downward pressure on compensation growth and inflation.

The MBA Mortgage Application Index declined by 0.5% last week, following the prior week's 3.8% gain. The decline came as a 0.6% rise in the Refinance Index was more than offset by a 2.6% drop in the Purchase Index. The average 30-year mortgage rate decreased 3 basis points (bps) to 2.98%.
Jobless claims continue to moderate, consumer price inflation subdued (Nov. 12, 2020)

The Consumer Price Index (CPI) came in flat month-over-month (m/m) in October, below estimates of a 0.1% gain, and compared to September's unrevised 0.2% increase. The core rate, which strips out food and energy, also was little changed m/m, versus expectations calling for it to match September's unadjusted 0.2% rise. Y/Y, prices were 1.2% higher for the headline rate, south of forecasts projecting a 1.3% increase and compared to September's unadjusted 1.4% rise. The core rate was up 1.6% y/y, below projections to match September's unrevised 1.7% gain.
November consumer sentiment unexpectedly falls, wholesale price inflation mixed (Nov 13, 2020)

The November preliminary University of Michigan Consumer Sentiment Index (chart) fell to 77.0 versus the Bloomberg expectation of a slight improvement to 82.0 from October's 81.8 reading. The index fell back to levels seen in the summer as both the current conditions and the expectations portions of the index both came in well below estimates. The 1-year inflation forecast rose to 2.8% from October's 2.6% rate, and the 5-10 year inflation forecast also increased to 2.6% from the prior month's 2.4% level.

The Producer Price Index (PPI) showed prices at the wholesale level in October rose 0.3% month-over-month (m/m), versus forecasts calling for a 0.2% gain and September's unrevised 0.4% increase. The core rate, which excludes food and energy, ticked 0.1% higher m/m, just shy of estimates of a 0.2% gain and compared to September's unadjusted 0.4% rise. Y/Y, the headline rate was 1.1% higher, compared to projections to match the prior month's unadjusted 1.2% increase. The core PPI gained 0.8% y/y last month, below estimates of a 0.9% increase, and compared to September's unrevised 0.7% rise.
Budget deficit continues to swell
The U.S. federal government started fiscal year 2021 with a budget deficit of $284.1 billion, a record for the month of October. On a 12-month total basis, the deficit swelled to $3.3 trillion, representing 15.6% of GDP, also a record. COVID and the deep recession expanded the 12-month total federal outlays at a record 49.6% y/y rate. Spending on income security and health care surged. At the same time, 12-month total receipts fell 1.2% y/y. Both individual and corporate income tax receipts fell, as unemployment remained high and corporate profits continued to struggle. With President-elect Biden supporting a sizeable increase in fiscal spending to battle the health crisis and to reset economic priorities, the deficit will continue to expand in coming years. This is not an issue in the near-term, as economic activity is well below potential and interest rates remain near rock-bottom levels. In the long-term, however, it may become inflationary or interfere with the government’s options to respond to future crises.
- November 13, 2020
Email ThisBlogThis!Share to TwitterShare to FacebookShare to Pinterest
Labels: Economics