Will the Housing Market Frenzy Die Down? 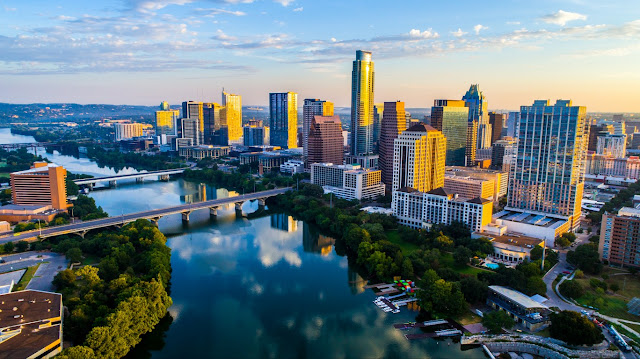 I live on the outskirts of Austin, TX, and just received my notice of property value, and coupled with market statistics I get every month, I see my home has increased in value 25.9% in the last year. Astounding, to say the least! The Austin housing market is hot, as a many markets are around the U.S. My neighborhood was built four years ago, and the same model as mine across the street sold for more than 30% of original prices.
Mortgage rates are low, and inventory is tight. It's a sellers market. The supply-and-demand curve is working as predicted.
The coronavirus pandemic raised the temperature considerably on the nation’s housing market. The past year has been marked by soaring prices, logic-defying offers over asking price, and steep competition as sellers have been hesitant to put their homes up for sale.

But the heart-pumping, bank account–depleting housing market frenzy could die down—at least a little—in the coming months as more sellers list their properties and inventory slowly increases. About 10% of current homeowners plan to put their homes on the market this year—and more than half are more affordably priced, according to an exclusive survey conducted by realtor.com®. An additional 16% expect to list their properties within the next two to three years.

About 4,000 people were surveyed online, including 1,000 new homeowners and more than 650 potential sellers.

“There is a brighter light at the end of the tunnel for many weary buyers,” says Realtor.com Senior Economist George Ratiu.

“A large influx of homes for sale would be welcome news for housing, especially as shrinking affordability has placed a wedge between many young buyers and their desired neighborhoods,” he adds. “More new homes would mean less competition, which would translate into a slowdown in the steep price growth we’ve experienced.

Typically, only about 8% of homeowners put their homes up for sale a year. This is about a 25% anticipated increase, which translates into about 1.5 million more homes. The increase may be due to folks holding off on selling their homes during the worst of the coronavirus pandemic.

It still won’t be enough to fully relieve the current historic housing shortage—compounded by the fact that builders haven’t been able to put up enough homes to keep up with the increasing population, particularly millennials who are now in prime home-buying years. But it’s a start.

“In a market that right now only has close to half a million listings, a big boost in inventory can mean more choices for buyers and potentially a slowdown in price growth,” says Ratiu. He was quick to add that prices won’t drop, but the double-digit growth may taper off. “It’s signaling a return to normal for the economy and the housing market.”

Nationally, the median list price was $370,000 in March—up 16% annually, according to Realtor.com. As buyers duke it out, sale prices have gone much higher in many parts of the country. Historically low mortgage rates have helped to offset those high prices, as average rates fell to 2.97% for 30-year fixed-rate loans last week. But prices are still climbing much faster than incomes.

That’s why having more affordably priced homes hit the market is key. Roughly 58% of sellers who plan to list this year have homes valued below $350,000, according to the survey. This is expected to help first-time buyers get a toehold in the market.

About 63% of those who plan to sell this year have already listed their homes or plan to do so within six months. More than three-quarters have taken steps to begin the process, such as getting their homes into shape and reaching out to real estate professionals.

There would be even more homes coming online this year if sellers were confident they could find another home within their price range. In this turbocharged market, that can be difficult. Sellers are also worried about the economy and had concerns about showing their property during the pandemic, among other reasons.

“For many sellers, especially those who are looking to trade up, the shortage of homes has been just as challenging as for first-time buyers,” says Ratiu. “That’s a Catch-22 exacerbating the inventory situation, because the sellers don’t want to list and then not have a place to live after they sell their home.”

And that’s why even when these additional properties hit the market, they won’t be enough to end the housing shortage. Not yet, anyway.

“As we look to the year ahead, the demand wave will continue outpacing the supply inflow, even with more sellers coming to market,” says Ratiu. “We will not solve a decade’s worth of underbuilding and lack of listings in one year.”
Clare Trapasso at Realtor.com contributed most of this story.  See also These are the Top 10 Housing Markets of 2021.
- April 28, 2021
Email ThisBlogThis!Share to TwitterShare to FacebookShare to Pinterest
Labels: Economics, Housing