It Was Bound to Happen, Though Nothing Has Changed

But that's not even 3 percent. So it's not as extreme as it sounds.

In my opinion, markets had gotten ahead of themselves. Prices were too high. But economic indicators have continued showing signs of growth. The Shiller PE ratio is at 37; not an all-time high, but still very high.

While inflation is a concern, investors had that albatross for several months.

The energy markets have been beaten down in the last few days. Oil (WTI) futures are down about $10 a barrel in the last five days. Over the weekend, OPEC announced production increases for next year. This added the fall in prices today, another $4 per barrel. Overall, the sector is down some 17% since its peak in mid-June.

But the overall market is only down about 3% from it's all-time highs last week. Some market "experts" are calling for a 10 to 20 percent correction, and while that may be true, it may also not be true. This is the second time that the market has dipped since April. I think it's part of the natural process. 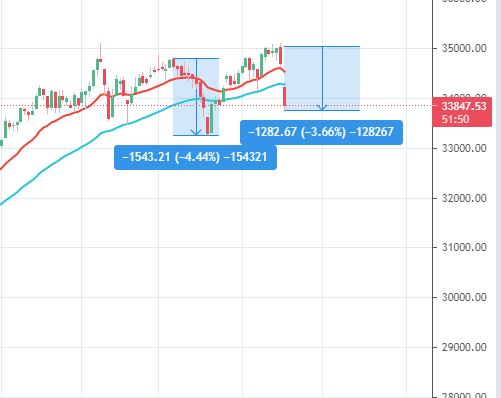 The chart above shows a daily graph of the DJIA since April. Note that while a 800+ dip in the average seems extreme, on the overall picture it's barely a small blip.

More noteworthy for long-term investors is the weekly action of the markets. The chart below is the weekly average of the DJIA since the beginning of 2017. Long-term investors should not panic and stay invested. I assume you have a three to five year plan, with an exit plan built in. If so, there is no reason to change path. If you have some extra cash, look for buying opportunities. But if the trend reverses, have an exit plan. 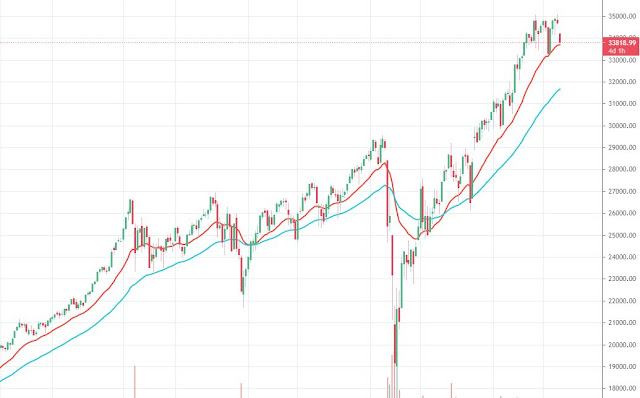