Is college a good investment? Probably not 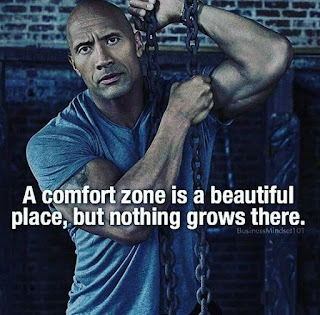 The fifth step (Baby Step 5 – College funding for children) to Dave Ramsey's Total Money Make Over is to save to pay for your children's college education. Is this a worthwhile goal?

Our universities (and high schools) are quickly becoming bastions of censorship. It's unfortunate and a threat to our "way of life," whatever that may be. But the first amendment does not seem to rule supreme any more. Our true history is being over-written.
---
Man on the street interviews done during the last election asked the question that Hillary Clinton wants to do away with the first amendment. The majority of students THOUGHT THAT WAS A GOOD IDEA.
---
More than one in three people (37%) could not name a single right protected by the First Amendment. THE FIRST AMENDMENT.
---
Only one in four [college students] (26%) can name all three branches of the government. (In 2011, 38% could name all three branches.)
---
Students at the University of Maryland, who pay up to a whopping $44,645 per year to attend, couldn’t identify Ronald Reagan after being shown a photo of him.

---
At the University of California-Irvine, their legislative council voted to ban the American flag in their student government lobby, calling it “a weapon of imperialism” that doesn’t belong in an “inclusive space.”
---
A professor at Polk State College in Florida gave a student four zeroes in a row on essays – because she refused to write them in a way that would deny her Christian faith.
---
“What do you value more—the economy or social justice?,” I asked a couple dozen students in my journalism class at Columbia College Chicago. “Social justice!” they collectively responsed like robots. There are no College Republicans here. There is no Turning Point USA. No one is inviting conservative speakers. (My note: while I know of no conservatives who are against "social justice," most people, liberal and conservative, had trouble defining it.")
---
Loyola University Chicago’s “Mission and Vision” is to be a “world-renowned urban center … that values freedom of inquiry.” In order to “protect and enhance” that “brand and reputation,” all faculty and staff are required to have any statements to any journalist — expressly including the student newspaper — pre-approved by a member of the university’s public relations staff.
---
The poll of 3,000 U.S. college students found that they generally endorse the ideals of free speech and campuses that encourage the discussion of a variety of ideas. But once that speech begins to infringe on their values, they’re likely to support policies that place limits on speech. Those include free-speech zones, speech codes and prohibitions on hate speech.

Some university presidents, such as Morton Schapiro of Northwestern University, say they believe safe spaces are essential to collegiate learning.

Why ‘safe spaces’ at universities are a threat to free speech

One of the tenets for the communist manifesto was to take over the educational system. Seems they are on their way to success.
Advice Library Education

You should explore some resources on Renting vs. Buying before you make the decision. I posted a article with a couple of good videos on this subject, and bankrate.com as an informative article here.
2. Dig Into Your Credit Reports and Credit Scores Your credit score and history are the first things all lenders will look at to decide whether or …
Read more

History is Important, But No Longer Taught

"From this I conclude that the best education for the situations of actual life consists of the experience we acquire from the study of serious history. For it is history alone which without causing us harm enables us to judge what is the best course in any situation or circumstance." -- Polybius, The Rise of the Roman Empire (about 100 BCE).

A survey by the American Council of Trustees and Alumni found that “more Americans could identify Michael Jackson as the composer of ‘Beat It’ and ‘Billie Jean’ than could identify the Bill of Rights as a body of amendments to the U.S. Constitution,” “more than a third did not know the century in which the American Revolution took place,” and “half of the respondents believed the Civil War, the Emancipation Proclamation or the War of 1812 were before the American Revolution.” Oh, and “more than 50 percent of respondents attributed the quote ‘From each according to his ability to each according to his needs’ to either Thomas Paine, George…
Read more