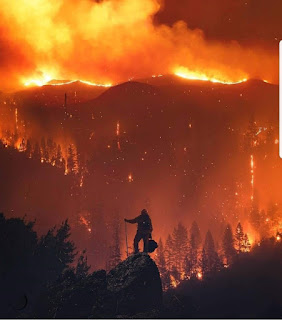 By Hayden Ludwig
The Heartland Institute

Population control is back in the news—and for Progressives, what’s old is new again.

In November, a group of 11,000 signatories calling itself the Alliance of World Scientists released a dire public letter urging the return of population pseudoscience by declaring “clearly and unequivocally that planet Earth is facing a climate emergency.

“The climate crisis has arrived and is accelerating faster than most scientists expected,” according to these experts, whose ranks are rife with psychologists, computer consultants, sociologists, and about 1,100 PhD students. “It is more severe than anticipated, threatening natural ecosystems and the fate of humanity.” Left unchecked, global warming could “potentially [make] large areas of Earth uninhabitable.”

In other words, it’s a typical news day for the climageddon folks, who have ratcheted up the alarmism so much recently that Oxford dictionary made “climate emergency” its 2019 word of the year.

But don’t worry, they have the solution—and it only involves surrendering your car, your lifestyle, your dinner, and your children.

Big Green is a big business. With billions of dollars in research grants at stake it’s little wonder that liberal academics use ever-worsening scare tactics to justify their unscientific assertions. After all, in how many industries can you be called an “expert” after being wrong in every prediction for the last 40 years?

Hence the transparently ridiculous claim that the world has “just over a decade to get things under control” before climate change kills us all, hyperventilated by such luminaries as Sen. Bernie Sanders (D-VT) and Rep. Alexandria Ocasio-Cortez (D-NY). These politicians aren’t scientists, nor are they even serious policymakers; yet their histrionics are tacitly endorsed by the supposed experts in climatology.

In any other field—like nuclear power—that would be considered unconscionable. Instead, we’re treated to a doubling down of far-left ideology disguised as an optimistic commitment to the welfare of future generations.

Supporters of the radical Green New Deal want a marshalling of the country’s resources akin to World War II to combat global warming. Activist Al Gore has also likened global warming to war: “It is [our] Thermopylae, Agincourt, Trafalgar, Lexington and Concord, Dunkirk, Pearl Harbor, the Battle of the Bulge, Midway and Sept. 11,” he wrote last year in the New York Times.

It’s an intriguing metaphor—save one obvious difference. Those were wars waged against other countries; the eco-Left wants to fight a war against ourselves. Why else would the 11,000 signatories to the latest doomsday letter bemoan “excessive consumption of the wealthy lifestyle”?

In short, there are too many people making too much money, flying and driving too often, and eating too many hamburgers. Unsurprisingly, this cabal has a list of demands posing as “solutions”:

First, dump all cheap and abundant energy—oil, natural gas, and coal—and replace it with unaffordable and unreliable renewables like wind and solar.

Second, get rid of the cattle—you should be eating a “sustainable diet” of vegan soy bratwurst and avocado toast, anyway.

Third, reduce income inequality. That’s right, billionaires are the leading cause of global warming—and you thought the climate had something to do with it!

Fourth, organize unprecedented global population controls to end growth entirely. Think I’m kidding? Never mind that it would take the kind of totalitarian world dictatorship the Soviets dreamed of—this has been the overt goal of environmental leftists since the 1960s.

There are a whole host of groups that want to just that, such as the appropriately named Zero Population Growth (now Population Connection), founded by arch-doomsayer Paul Ehrlich, who thought the world would end in mass starvation in the 1980s. The Atlantic even proposed “voluntary family planning” in 2014, the updated name for eugenics policies favored by Planned Parenthood founder Margaret Sanger and other Progressives in the last century.

Or take it from left-wing evolutionary biologist Richard Dawkins, who tweeted fondly about eugenics in February:

It’s one thing to deplore eugenics on ideological, political, moral grounds. It’s quite another to conclude that it wouldn’t work in practice. Of course it would. It works for cows, horses, pigs, dogs & roses. Why on earth wouldn’t it work for humans? Facts ignore ideology.

It goes without saying that these extremists’ demands aren’t scientific. Why else use Sierra Club-style chants like “keep it in the ground” to propose serious public policies, or humor wingnuts like Ehrlich who supported adding sterilant to Americans’ drinking water to reduce population growth and pressuring “pregnant single women to marry or have abortions”?

There are real consequences to this unfounded and dangerous alarmism. Teenagers told all their lives that the end-of-days is nigh are now seeking therapy for nightmares and eating disorders emanating from their “eco-anxiety.”
Case-in-point: the 16-year-old Swedish climate activist Greta Thunberg, whose parents have described her descent into “some kind of darkness” in which she “refused to speak to anyone but her parents and stopped eating to the point where her family considered admitting her to emergency care.”

The world would rightly condemn anything which afflicted this kind of mental disease on children; instead, the Left rewards it as “heroism.”

One day, when the fantasy of global warming has gone the way of global cooling, phrenology, and eugenics, future generations will shake their heads in disbelief that we once entertained such mass delusions—and wonder why we ever listened to pompous plutocrats in the first place.
- April 06, 2020
Email ThisBlogThis!Share to TwitterShare to FacebookShare to Pinterest
Labels: Climate Change, Economics, Socialism