Emotions Can Drive a Market

Markets have recovered following initial panic after Iran launched more than a dozen ballistic missiles at bases housing U.S. troops in Iraq. Down by nearly 400 points overnight, DJIA futures have recouped all of their losses, while oil has given back gains and gold is off its highs. The direction of today's session will likely depend on the U.S. response. President Trump will make a statement this morning, but tweeted last night that "all is well" and seemed to suggest there were no American casualties in the attacks.

After everyone took a deep breath and more news came out, by this morning prices levels were back to what they were before the news came out.

This is a good example of how emotions can drive markets. Many times, such as now, they are short lived.  This chart for oil futures illustrates the knee jerk reaction, with a reversion to some normalcy after the news becomes more in-depth and accurate. 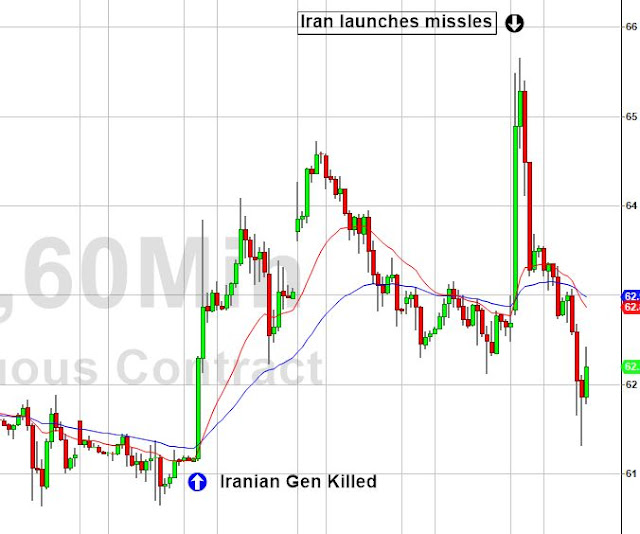