California: A Model for the Rest of the Country, Part 3 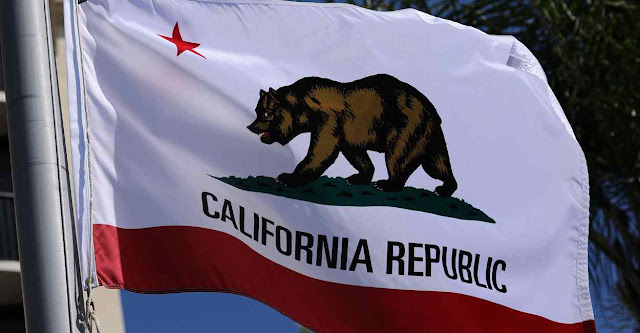 The Democratic presidential candidate and former New York City mayor likes a lot of what he sees in the Golden State and thinks its efforts on climate change, gun control and criminal justice reform sets a benchmark for other states to emulate.

“I think that California can serve as a great example for the rest of this country,” Bloomberg told supporters at the opening of his Angeles headquarters in January 2020.

What follows is a sampling of articles that deal with California's decline, something that is not a model for the rest of the country.

Why is liberal California the poverty capital of America?
Guess which state has the highest poverty rate in the country? Not Mississippi, New Mexico, or West Virginia, but California, where nearly one out of five residents is poor. That’s according to the Census Bureau’s Supplemental Poverty Measure, which factors in the cost of housing, food, utilities and clothing, and which includes noncash government assistance as a form of income.

San Francisco, Hostage to the Homeless

Failure to enforce basic standards of public behavior has made one of America’s great cities increasingly unlivable.

In California, a blue wave and progressive governor: So why are so many leftist plans going under?
An unprecedented haul of tax dollars generated by a roaring economy. A governor who campaigned on a bigticket policy agenda of long-time lefty favorites, including universal childcare and state funded healthcare for all. A Legislature so thoroughly packed with Democrats it gives rise to a new term—”giga-majority.” Californians could be forgiven for expecting it all to add up to a liberal bonanza, a gusher of policies that the Democratic Party’s base has been clamoring to enact for decades.

Blame ultra-liberal policies for California's free fall
During the Democratic Party convention that took place over the weekend (2/1/20) in California, candidates not hewing to today’s progressive manifesto were loudly booed. John Kickenlooper, former governor of Colorado, was jeered by the liberal audience when he dared to say that “socialism is not the answer.” It turns out that Democrats may champion free health care and free college, but they sure don’t like free speech — even from the mouths of their own candidates.

Californians chased out of state by bad public policy
Based on the latest U.S. Census data, domestic (California) out-migration to places such as Texas and Arizona has outstripped domestic in-migration for eight years in a row.

Oh, California: Making Work Choice Illegal, but Forcing Voters to Cast a Ballot
Oh California, the beautiful Golden State whose progressive whackjob supermajority is destroying the California Dream, you’re such a contradiction. On January 1, 2020 it became illegal to work as a freelancer or otherwise determine your own professional destiny. If Asm. Marc Levine (D-Marin County) has his way, beginning in 2022 it will become illegal to NOT vote in an election.

The Changes That Made California Become a Liberal Fiasco
The article, titled “The Great Lesson of California in America’s New Civil War,” argued that due to the intractable division of worldviews in America, bipartisanship is unworkable. It’s time to simply obliterate the other side.

The authors point to California as a model for America’s political future. They explain how a once-bitterly divided state transformed into a state dominated by one party in a very short period of time and they tout this as a good thing.

The problem in their analysis is that they essentially compare apples to oranges. The factors involved in California’s swing to one-party dominance were unique to California and can’t necessarily be applied to the country at large.
- February 21, 2020
Email ThisBlogThis!Share to TwitterShare to FacebookShare to Pinterest
Labels: California, Debt, Democratic Party, Economics, Government, Politics