Wealth Now Equals Immorality: You're Bad if You're Rich

First a few comments. Democrats want to go after the "greedy billionaire class." No matter there are only 621 billionaires in the United States (163 live in California). You could tax all their wealth at 100% and still not pay for all the "free" stuff promised by the Democratic Party. The desire to increase your own wealth isn't viewed as virtuous by certain politicians; but they have become millionaires serving in Congress. (Sanders and Warren come to mind).

Here's my quote of the day, from Ben Shapiro at Townhall:

...the problem for Democrats isn't Bloomberg's spending. The problem is that the Democratic Party now treats wealth itself as an indicator of immorality. This week, Sanders tweeted, "Together, we are going to end the greed of the billionaire class." Never mind that creating tens of billions of dollars in value via voluntary exchange, employing tens of thousands of people, and providing goods and services to millions is far less indicative of greed than living as a taxpayer-funded, parasitical, self-styled revolutionary for six decades. The size of Bloomberg's bank account makes him morally suspect in the world of the modern Democratic Party. There's a reason former South Bend Mayor Pete Buttigieg keeps telling debate crowds that he's the poorest candidate running, as though lack of financial success is a tremendous indicator of governing ability. As Trevor Noah recently joked, being called a wealthy person is, for "progressive white people ... like being called the N-word."

This perspective represents the reversal of the American dream: We should all aspire to government dependency, patting our own backs for our altruism while drawing on the public dime. After all, if wealth is sin, then chiding the wealthy while living off of them is sainthood. That's the Democratic line going into 2020. We'll see soon enough whether Americans are willing to give up the true American dream in favor of yelling at billionaires. 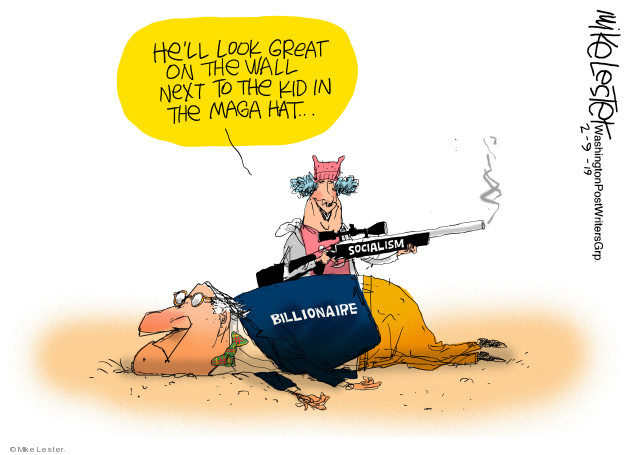