The Ever Increasing Cost of Public Education

Teachers unions are angry about school choice. Of course they are, because they know they can't compete with private schools, and private schools are generally unionized, and don't generate funds for the unions. More money equals more power. It's not about the kids. It's about self-interest and power.

We are continually told that public schools are underfunded. We must pay more in taxes. This is hogwash. School funding is at an all-time high. More money goes to administration and reporting than education. This all began when the Federal government got involved, and the Department of Education was formed.

Don't buy into the left's mantra of more control of education. Parents are starting to fight back by insisting that they are heard and have input into their children's education, though the left believes the state should raise the children (like in Germany in the 1930s).

Just between 2002 and 2019, inflation-adjusted revenues grew by nearly 24%. Yet the results are dismal. Enough is enough. 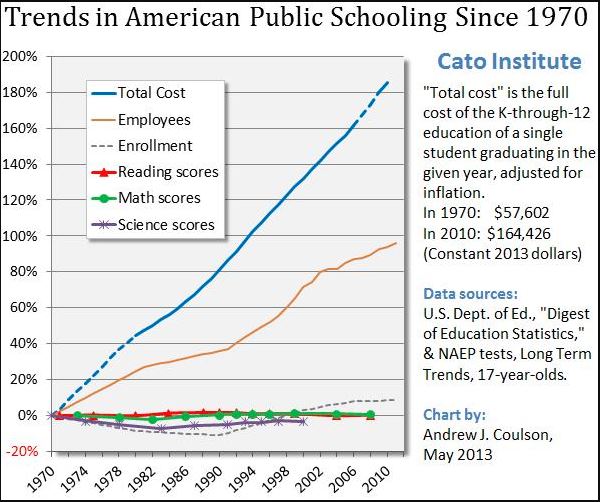 The Ever-Stronger Case for School Choice