Wholesale Inventories Decline
Wholesale inventories dropped 0.4% in September, the most in nearly two years, and worse than the consensus of -0.3%. It was led by a 0.9% decline in nondurable good inventories, mostly in farm products, drugs, and petroleum, partly reflecting lower prices of those goods. Wholesale sales were unchanged. The inventory-to-sales ratio held at 1.36 for the fifth straight month, its highest level since May 2016. It had spiked since mid-2018, as the U.S./China trade war intensified and businesses accumulated inventories ahead of expected tariffs. With some talk of tariff rollback as part of the phase-one trade deal between the U.S. and China, we could see some reversal in the wholesale inventory build-up. If this is indeed the case, it would lead to better alignment between demand and supply, but could be a short-term drag on GDP growth (through a negative contribution from the inventory component). While still very early in Q4, the GDPNow Model is tracking just 1.0% real GDP growth for the quarter, with -0.5 ppt contribution from inventory investment.

Consumer Sentiment Up Slightly
The Reuters/University of Michigan Consumer Sentiment Index ticked up 0.2 points in the preliminary November survey to 95.7, contrary to the consensus of a same-size decline to 95.3. Consumer expectations rose 1.7 points, its third gain in a row, but current conditions flopped 2.3 points. Sentiment peaked in March 2018, but remains elevated and range-bound longer-term, which suggests that consumer spending will continue to support the ongoing economic expansion. Nevertheless, the y/y momentum in sentiment has weakened, implying a slower pace of real GDP growth ahead. 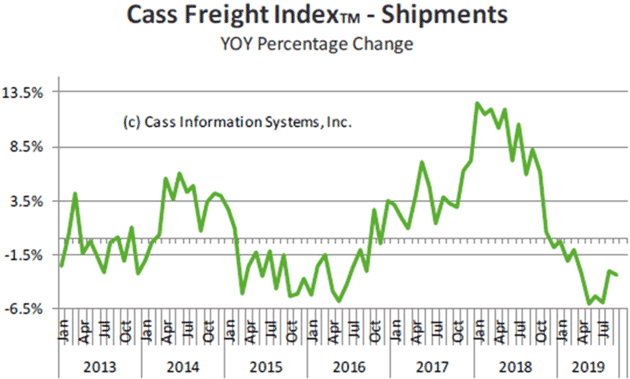