Nonfarm payrolls rose by 678,000 jobs month-over-month (m/m) in February, above the Bloomberg consensus estimate of a 423,000 rise, while January's figure was adjusted higher to an increase of 481,000 from the initial reading of a 467,000 gain. Excluding government hiring and firing, private sector payrolls advanced by 654,000, versus the forecasted rise of 400,000, after increasing by 448,000, revised higher from the preliminarily reported 444,000 gain in January. The labor force participation rate ticked higher to 62.3% from January's unrevised 62.2% figure, where it was expected to remain. 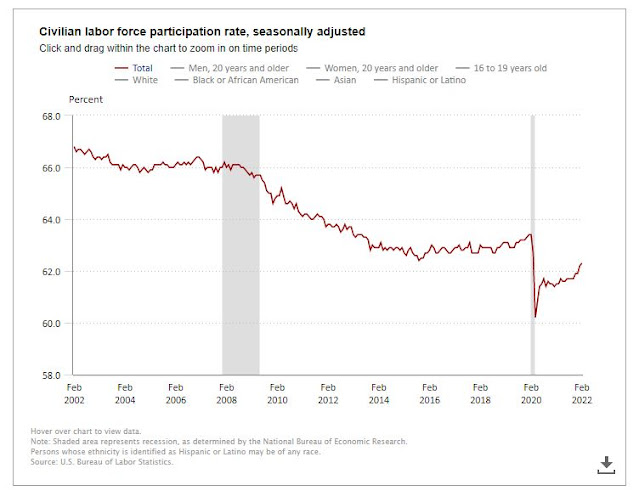 The unemployment rate declined to 3.8%, from 4.0%, with forecasts calling for it to dip to 3.9%. The underemployment rate—including total unemployed and those employed part time for economic reasons, along with people who are marginally attached to the labor force—rose to 7.2% from the prior month's 7.1% rate. Average hourly earnings were flat m/m, below of projections calling for a rise of 0.5%, and compared to January's downwardly-revised 0.6% rise. Compared to last year, wages were 5.1% higher, south of forecasts of a 5.8% rise. Finally, average weekly hours increased to 34.7 from January's upwardly-revised 34.6, where it was expected to remain.