With inflation running at percent 8 percent annually, according to CPI numbers released March 10, and energy prices at nearly all-time highs, some in Congress want to impose a windfall profits tax on crude oil.

The Consumer Price Index (CPI) rose 0.8% month-over-month (m/m) in February, in line with the Bloomberg consensus estimate, and up from January's unrevised 0.6% gain. The core rate, which strips out food and energy, increased 0.5% m/m, matching forecasts, and slightly below January's unadjusted 0.6% rise.
Compared to last year, prices were 7.9% higher for the headline rate—again the fastest pace since 1982—in line with estimates and an acceleration from the prior month's unrevised 7.5% rise. The core rate was up 6.4% y/y, matching projections, and rising from January's unrevised 6.0% rise.

In other news, Mr. Ro Khanna, a Democrat from California, introduced a bill Thursday to tax the windfall profits of large oil companies at a 50% rate. Tax proceeds would be returned to consumers earning less than $75k/y through direct payments. The bill, as written, could create challenges and opportunities across the energy value chain.

The tax would apply to those companies producing or importing more than 300kb/d. The rate of 50% applies to barrels produced in or imported to the US. Importantly, the windfall tax is a "top line" tax, calculated as the difference between the average price of Brent oil from 2015-2019 and the current price.

The tax would reduce profits for the large integrated companies like Exxon and Chevron, but also most of the large-cap shale names like Pioneer, Devon, Marathon and Conoco. The proposal could reverse a trend towards consolidation in the industry, as smaller assets would become less valuable once integrated into a larger operation.

The US imports ~6mb/d of mostly heavy oil for the production of diesel and jet fuel, while exporting excess light oil grades from the shale patch. Refineries profit from the narrow difference between the price of products like gasoline and the price of crude oil. In Q4, Valero, for example, earned $4.71 per barrel processed. Applying a top-line tax at multiples of profits, would create havoc with financial results and refinery operations.
The reason oil markets were oversupplied and prices were low from 2015 to 2019 is because US oil companies spent all their income (and then some) to invest in the oil patch and grow production. The bill hopes to provide consumers with $120 per year in stimulus. If levying a windfall tax reduces industry's willingness to invest, consumers around the world could bear the consequences of sustained high oil prices. (Sources: Schwab, Seeking Alpha) 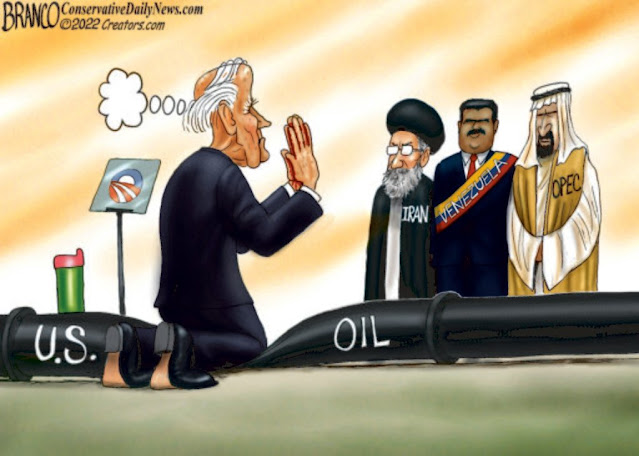