United States to ban Russian energy; Europe will not

As the Russia-Ukraine war continues to shatter whatever hopes remained of Europe’s post-pandemic economic recovery, Brent prices are already trading near $130 per barrel. Biden's announcement of a ban on Russian energy imports, including oil, coal, and LNG, has only added to the upward pressure in oil markets.
While European powers have made it clear they will not ban Russian energy imports (the U.K. will restrict imports), European natural gas prices are at all-time highs, dragging coal along to unprecedented levels as well. Moreover, with hopes of a quick Iranian deal cooling, there is no sign of relief for the current oil price rally.
In a speech on Tuesday morning, President Biden confirmed that the United States would ban Russian energy imports. In his speech, Biden confirmed that its European allies will not be joining the U.S. in this measure due to their relative lack of energy security. Oil prices and gasoline prices both climbed on the news.
He also addressed the US oil & gas industry directly, and alluded to further conversations with producers.

While the Russian oil import announcement was expected, comments directed at energy producers were not. Oil and gas CEOs have been perplexed by silence from the Administration of late, and Tuesday the President clarified his position on domestic production. President Biden said, "to the oil and gas companies and finance firms that back them, we understand war is causing prices to rise, but it's no excuse to exercise excessive price increases ... it's no time for profiteering or price gouging."
Editor's Note: This is a typical Democratic complaint about inflation: that companies are price gouging. Yet, inflation has only been an issue during the last several months, not the last 40 years. And the price of oil and gas tend to march together. Oil price goes up, so does gas. See chart. 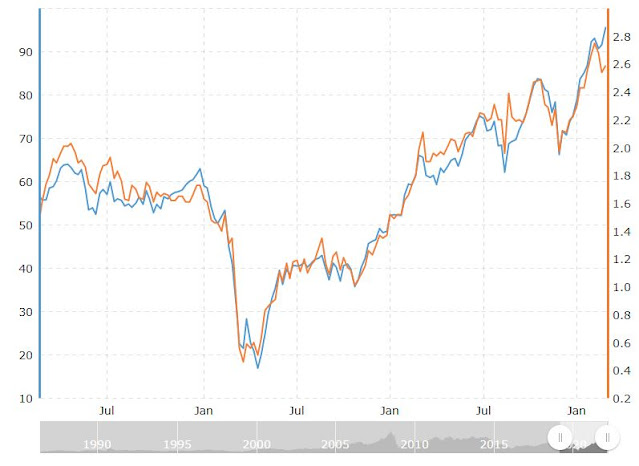 CEOs from Devon and Pioneer have indicated a willingness to increase production. Pioneer's Sheffield recently said industry could grow production by ~1mb/d annually for three years. Sheffield went on to say his firm would participate in a coordinated effort to accelerate US production growth.
Exxon is planning to grow Permian production by as much as 25% in 2022. While Biden's statements allude to the need for more production (NYSEARCA:USO), they do not point to a coordinated effort from the White House.

President Biden ended his speech saying, "and now I'm off to Texas." It could be that the President's trip is unrelated to the current global energy crisis. However, it's also possible the President would prefer to meet with producers privately, rather than enflaming public debates related to energy security and climate change.
In other news, Russia’s deputy prime minister Alexander Novak has warned that if the United States and the European Union were to ban imports of oil from Russia, oil would move to $300 per barrel. 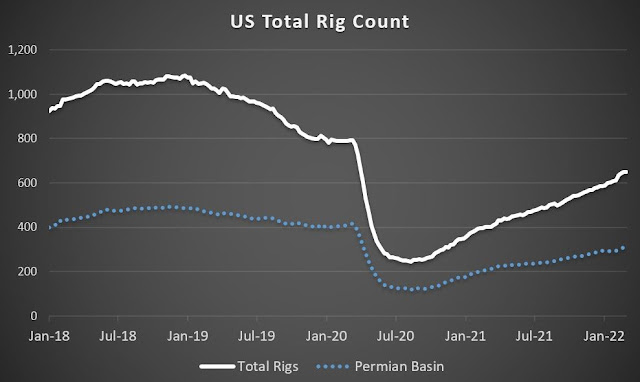